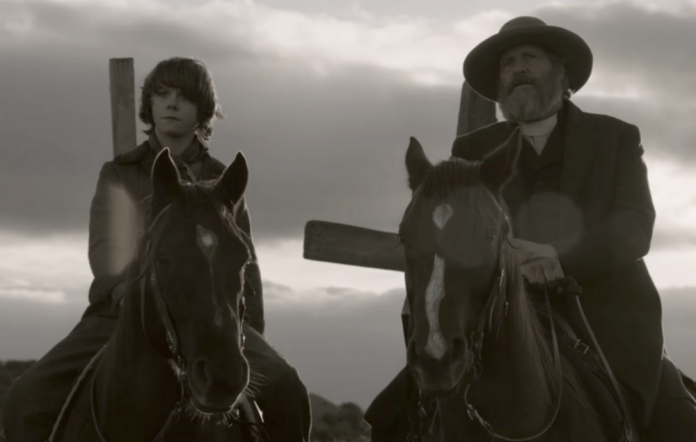 The six part limited series is set to arrive next month and stars Daniels as Frank Griffin, a notorious outlaw on a quest to hunt down former partner Roy Goode, played by Jack O Connell.

Now, the first trailer has dropped for the show ahead of its debut and it looks suitably gripping.

After the trailer opens with stoic shots of horse rides across the western plains, the action is immediately upped with extremely brief teases of bar brawls and gunfights before an out of control train is seen ploughing down the tracks.

The trailer also features a brief glimpse of Downton Abbey’s Michelle Dockery as a resident of a secretive town that is inhabited only by women until Griffin arrives to seek refuge.

Completing the cast are Game of Thrones’ Thomas Brodie Sangster and actress Jessica Sula, who previously appeared in Skins.

The show, also marks Steven Soderbergh’s second project since returning from his self-imposed retirement  and sees him collaborating with Scott Frank, who previously penned blood-soaked superhero epic Logan, which which was released earlier this year.

Godless is set to arrive on Netflix on November 22.