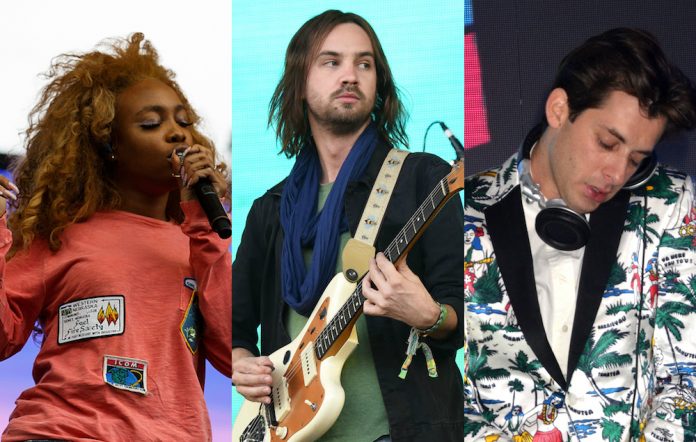 SZA has revealed she is working on an album with Mark Ronson and Tame Impala‘s Kevin Parker.

Earlier this summer, the pair previewed a new song featuring the singer during a DJ set at New York’s Governors Ball festival.

In a new interview, SZA has confirmed there is more to her collaboration with Ronson and Parker than just the one track.

Speaking to the Los Angeles Times, she confirmed the project while also explaining her wide-ranging influences. “People grapple with labelling me as hip-hop, R&B or pop, and it’s interesting to me,” she added. “I’m just making music. I listen to Stevie Nicks. I love classical jazz. I love folk. I love rap. I love Modest Mouse.

“I’m making an album with Tame Impala and Mark Ronson. When you try to label it, you remove the option for it to be limitless. It diminishes the music.”

As well as DJing together at several festivals, Ronson and Parker have collaborated on Ronson’s tracks ‘Daffodils’ and ‘Summer Breaking’, as well as producing Lady Gaga‘s single ‘Perfect Illusion’ together.

In June, when the first track from the duo’s project with SZA was aired, Ronson told Stereogum he had been working on eight new songs with Parker, but most didn’t have vocalists attached to them at the time.