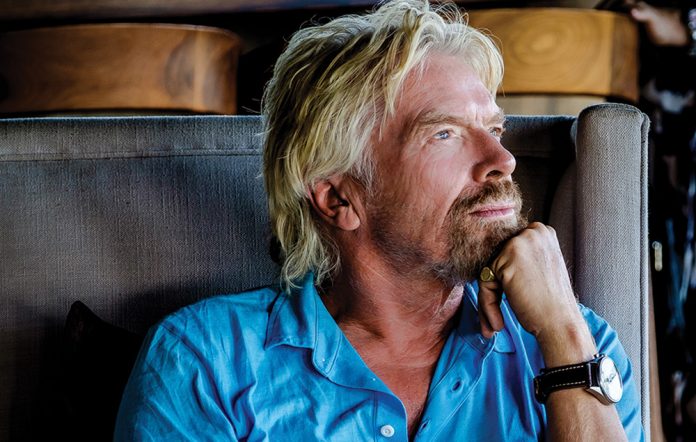 The first song I remember hearing

“I was brought up in the countryside, near Guildford. We weren’t allowed to watch television, but we were allowed to borrow friends’ scratchy records – and this was most definitely a scratchy old single. I just loved his music; Elvis was the man. I was under 10 and he was someone people my age identified with.”

The song I do at karaoke

“I do it at the work dos – it always gets a laugh. I’ve done it on the wings of planes and I’ve even done it when Madonna’s been in the room; I serenaded her.”

The best gig I went to

“Having seen them live, I was determined to sign them even though they had already signed with EMI. I called the company’s president and said, ‘If you want to get rid of the Sex Pistols, I’m happy to step in.’ He said, “No, I’m very happy with them.” Anyway, that night they went on The Bill Grundy Show [where the band caused a national scandal by swearing on-air] and he called my home number and said, “We’ll hand over the contract at 6am tomorrow.” Malcolm McLaren, being very Machiavellian, signed the band with A&M the next day and got more money. But Sid Vicious threw up all over the A&M office [so the company changed its mind] and we finally got them in the afternoon. The Sex Pistols gave Virgin an edge.”

The album that changed my life

“This was the first piece of music that Virgin Records put out. [Oldfield] was 19 years old and had recorded every single instrument on the album. I went to eight different record companies and nobody would put it out, so we decided to create our own record company and put it out. It literally sold millions of copies [‘Tubular Bells’ has sold more than 15 million copies to date]. That led on to us…