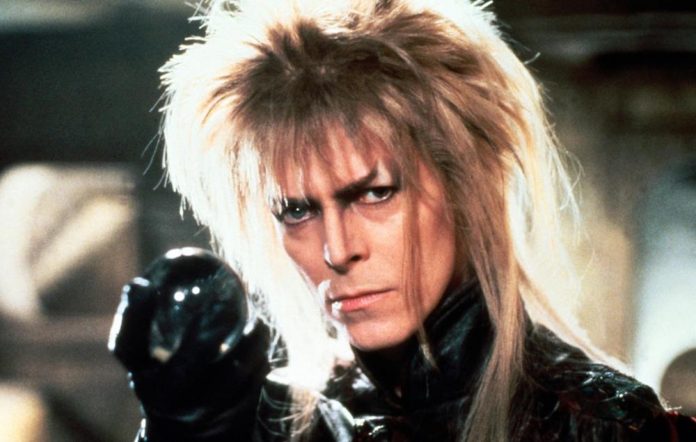 We know it’s October but c’mon, these are great.

As the festive season approaches, except a wave of novelty Christmas jumpers to be making their way into your lives. Starting with this amazing ‘Labyrinth’ themed one.

Novelty website Fun.com have revealed some of their new knitwear for the Christmas season and beyond. The collection includes two amazing jumpers that take imagery from the Jim Henson classic, ‘Labyrinth’.

One jumper depicts the silhouettes of David Bowie and Jennifer Connelly as their Goblin King and Sarah Williams characters. The other is covered in rows of characters and references to the movie.

Check out the ‘Labyrinth’ jumpers below.

Earlier this year, the soundtrack for ‘Labyrinth’ was announced to be reissued on vinyl. The soundtrack was remastered at Capitol Studios and includes a replication of its original artwork.

Meanwhile, a new Labyrinth spin-off film is reportedly in the works.

It has been reported that Fede Alvarez will direct and Jay Basu will write a spin-off to the cult movie after the pair finish work on upcoming Dragon Tattoo sequel The Girl In The Spider’s Web.

Alvarez has told Deadline: “Labyrinth is one of the seminal movies from my childhood that made me fall in love with filmmaking. I couldn’t be more thrilled to expand on Jim Henson’s mesmerizing universe, and take a new generation of moviegoers back into the Labyrinth.”