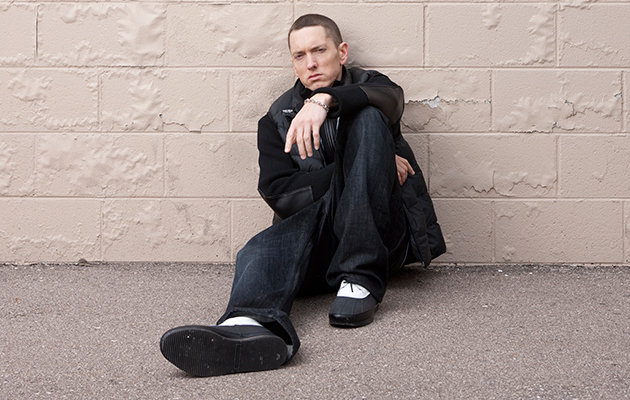 It was thought the record would be called ‘Roots’, but new rumours suggest it will actually be titled ‘Success’. Nothing official has been confirmed at the time of writing, though the industry insider website Hits Daily Double claims it will be jointly released through Interscope, Dr. Dre’s label Aftermath and Eminem’s label Shady.

According to that Hits Daily Double article, we can expect Eminem’s ninth album in autumn 2017. A mysterious Instagram photo was posted back in June (see below) . Two things you will notice here: for one, he’s kicking it with 2 Chainz. Two – and more importantly – he now has a beard. And people wondered if he was current enough in 2017.

Who features on it?

Strong rumours suggest Eminem is back in the studio with Dr. Dre. Dre played an instrumental role in launching Eminem’s career, and produced a number of his early hits including ‘My Name Is’ and ‘The Real Slim Shady’. However, the pair’s collaborations have become less frequent in recent years.

The director of HBO’s new documentary series about Dre and record label boss Jimmy Iovine, The Defiant Ones, has now claimed that he and Eminem are working together again.

No guests have been officially confirmed by Eminem or his team, but there are plenty of rumours circulating online. Among them are Adele, Xzibit, Dr Dre, Snoop Dogg, The Weeknd, Vince Staples, Kid Cudi and Mastein Bennett.

A tracklist hasn’t been announced yet.

Have we seen the…