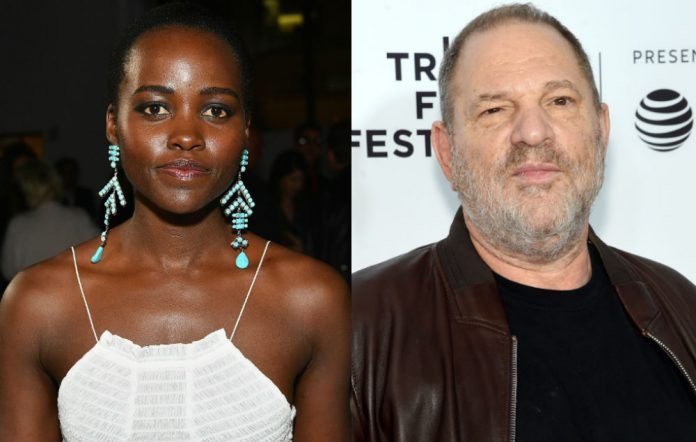 Lupita Nyong’o is the latest actress to come forward with allegations of sexual harassment against shamed Hollywood mogul Harvey Weinstein.

The actress, who won an Oscar for her role in 12 Years A Slave, penned an emotional New York Times essay in which she detailed how Weinstein had asked her to massage him while naked at his home.

After initially meeting him in Berlin as a young actress, Nyong’o claims that she was invited to Weinstein’s family home in Connecticut for a film screening, during which he asked her to go up to his bedroom.

” I felt unsafe. I panicked a little and thought quickly to offer to give him one instead: It would allow me to be in control physically, to know exactly where his hands were at all times”, she wrote.

“As part of our drama school curriculum at Yale included body work, using massage techniques on one another to understand the connection between body, mind and emotion, and so I felt I could rationalize giving him one and keep a semblance of professionalism in spite of the bizarre circumstance.”

She claims that she immediately left the home after Weinstein removed his trousers.

On another occasion, Nyong’o claims that she met Weinstein for dinner before a performance of a play he was producing in New York. During the meeting, he allegedly propositioned her and revealed that he had a private room booked in the upstairs of the restaurant.

“I was stunned. I told him I preferred to eat in the restaurant,” she said.

“He told me not to be so naïve. If I wanted to be an actress, then I had to be willing to do this sort of thing. He said he had dated Famous Actress X and Y and look where that had gotten them.

“I was silent for a while before I mustered up the courage to politely decline his offer. ‘You have no idea what you are passing up,’ he said. ‘With all due respect, I would not be able to sleep at night if I…