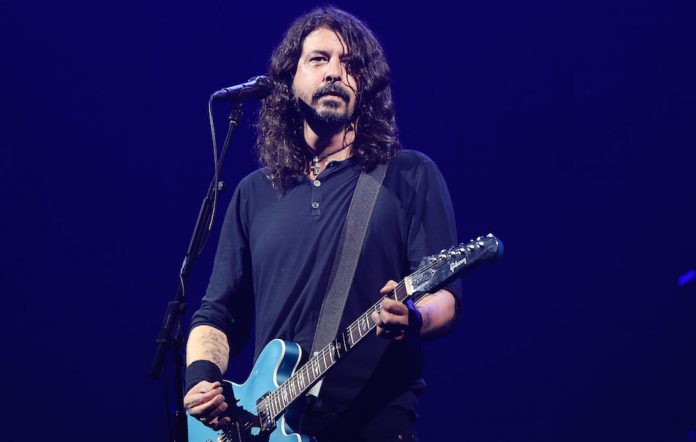 Foo Fighters have released ‘Soldier’, a new song that will feature on a benefit compilation to support Planned Parenthood. Check it out below.

The song, which is an outtake from the recording sessions for ‘Concrete and Gold’, will appear on the ‘7 inches for Planned Parenthood’ compilation alongside offerings from CHVRCHES, Bjork, St Vincent, and Sleater Kinney.

The compilation also includes a live recording of Bon Iver’s ’45’, along with ‘For Marsha P.Johnson’ from The National’s Bryce Dessner.

It’s set for physical release on November 11, but is currently streaming in full in Spotify.

Soldier, a song by Foo Fighters on Spotify

Meanwhile, Foo Fighters recently announced their return to the UK next year for three massive stadium shows in Manchester and London.

Dave Grohl has also opened up on the unlikely friendship that Foo Fighters have forged with Rick Astley, after he joined the band onstage in Japan over the summer, before repeating the performance at their O2 Arena show in September.

“The seventh Foo Fighter. He’s such a sweetheart.I love that he gets nervous before playing. He’s Rick Astley! It’s like he’s Muhammad Ali! You just wouldn’t be nervous, but he’s such a good guy.”

Another unexpected Foos duet came in the form of Liam Gallagher, who recently joined the band onstage in California to cover ‘Come Together’ by The Beatles.