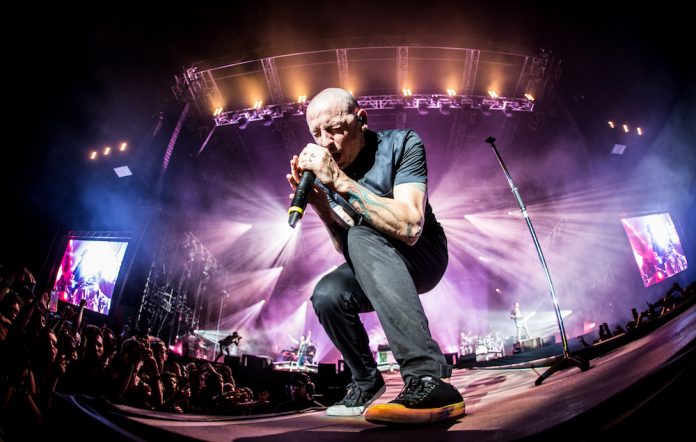 Linkin Park have announced they will livestream their Chester Bennington tribute concert later this week.

The frontman of the nu-metal band was found dead at his California home on July 20. His death was later ruled to be suicide by a coroner.

The surviving members of Linkin Park will perform at Los Angeles Hollywood Bowl on Friday (October 27), alongside Blink-182, Korn‘s Jonathan Davis, Machine Gun Kelly, System Of A Down‘s Daron Malakian, Shavo Odadjian and John Dolmayan, and Kiiara. Members of Avenged Sevenfold, Yellowcard, and Bring Me The Horizon will also appear.

Tickets for the concert have long since sold out, but fans will be able to tune in to the show online. The band will be streaming proceedings on their official YouTube page from 7:45pm PST (3:45am BST), as Rolling Stone report.

Proceeds from the tribute concert will be given to Music For Relief’s One More Light fund.

Earlier this month, Linkin Park shared a photo from their first rehearsal since Bennington’s death. Bassist Dave ‘Phoenix’ Farrell’ shared a photo of the band back together, with the caption “Home from the #dunhilllinks and back to “work!” Good to be back with the guys.”

FOR HELP AND ADVICE ON MENTAL HEALTH: