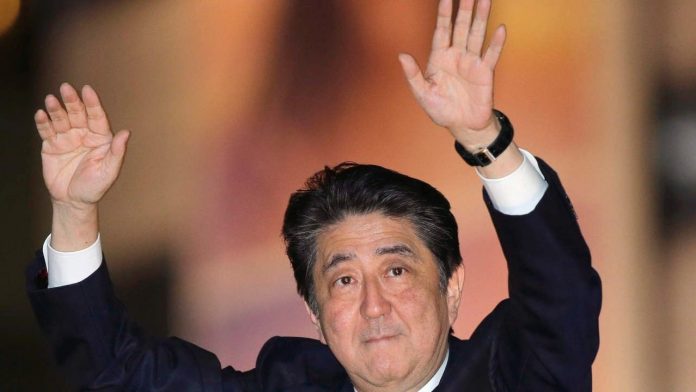 Oct. 18, 2017: Japan’s Prime Minister and President of the ruling Liberal Democratic Party Shinzo Abe waves to the crowd in support for his party’s candidate during an election campaign for the upcoming lower house election in Tokyo.

TOKYO –  Voting in a general election started Sunday that would most likely hand Prime Minister Shinzo Abe’s right-wing ruling coalition a victory and possibly close to a two-thirds majority in parliament.

Abe dissolved the lower house less than a month ago, forcing the snap election. He judged the timing was ripe for his ruling Liberal Democratic Party, or at least better than waiting until the end of its term next year.

Up for grabs are 465 seats in the more powerful lower house, which chooses the prime minister.