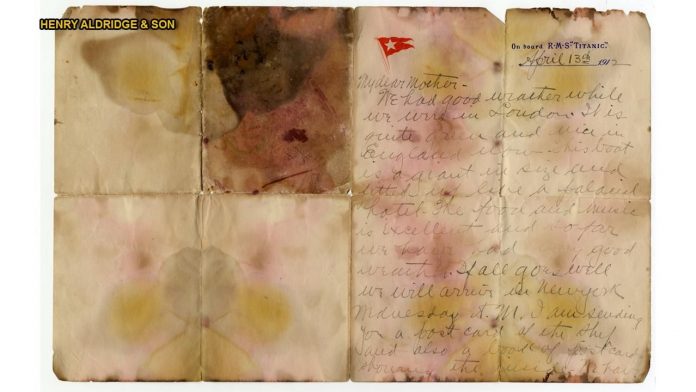 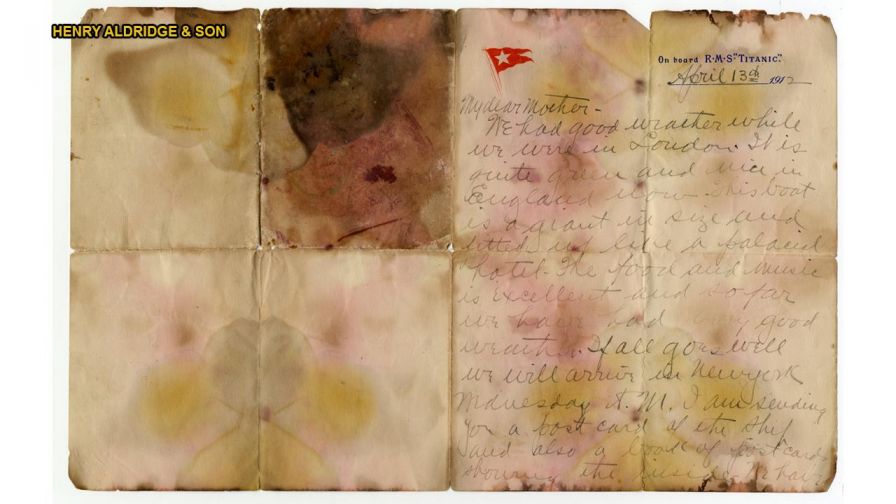 An extremely rare sea-stained letter recovered from the body of a Titanic victim was sold at auction in Britain on Saturday for $166,000.

The letter is one of the last known correspondences to have survived the sinking of the doomed ocean liner, Reuters reported. It was written on Titanic stationery by First Class passenger Alexander Oskar Holverson to his mother on April 13, 1912, when the ship embarked from Southampton, England.

“If all goes well we will arrive in New York Wednesday A.M,” Holverson wrote on the eve of the famous disaster.

Holverson, a Minnesota native, was a salesman traveling with his wife, Mary Alice, who survived the sinking. The letter was apparently found in a pocket book when Holverson’s body was…