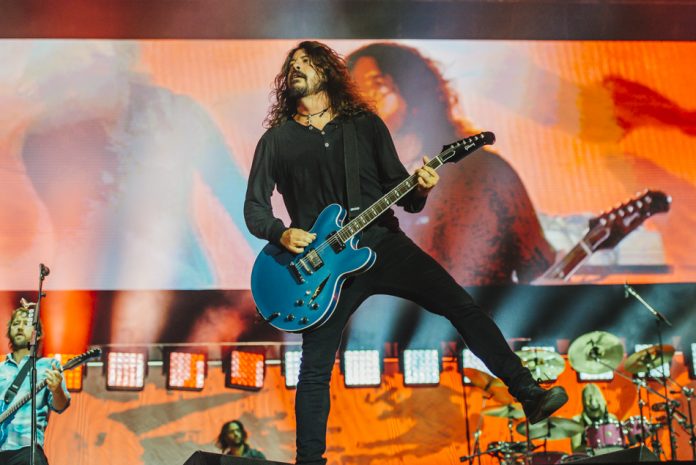 There’s been huge demand for Grohl and company…

Foo Fighters fans have reacted with anger after tickets for their UK tour appeared on secondary ticketing websites within minutes of going on sale.

The rock giants are set to return to the UK next summer to play a show at Manchester’s Etihad Stadium before two subsequent dates at the London Stadium.

But within minutes of tickets going on sale at 9AM this morning, fans complained  that standing tickets had immediately sold out – with some pointing out that they were already being sold on secondary ticket websites at inflated prices.

One fan wrote on Twitter: “So @foofighters tickets sold out within 3 minutes and now they’re on a tout website for more than double the price. What a joke.”

You can see a selection of reactions below.

For others, meanwhile, it was a lot more straightforward.

“@FooFighters tickets in the bag for the Olympic Stadium. Can’t wait”, one fan wrote.

Another said: “Great start to the weekend @foofighters tickets in the bag! See you in June! Thanks @LondonStadium for the easy purchase.”