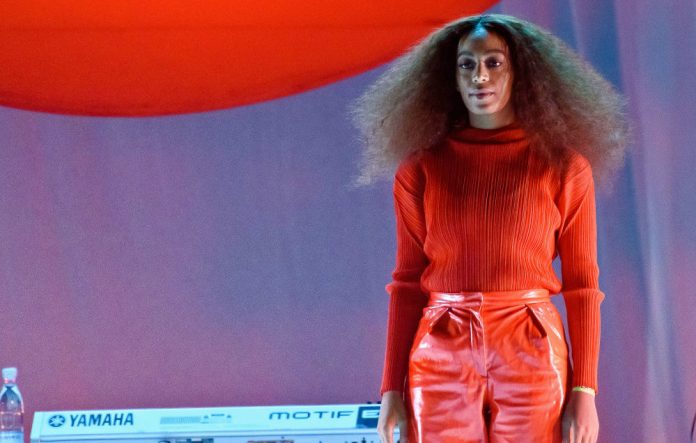 The Evening Standard Magazine has apologised to Solange after photoshopping her braids out of an image.

The musician is on the cover of the latest issue of the magazine this week, dated October 20, but took to Instagram to protest the editing of her hair.

Solange posted the full version of the photo that The Evening Standard Magazine used for its cover, with the caption reading “dtmh [don’t touch my hair] @eveningstandardmagazine” – a reference to the ‘A Seat At The Table’ track.

As The Guardian reports, a statement has now been issued apologising for the move. “We were delighted to have the chance to interview the wonderful Solange Knowles and photograph her for this week’s edition of ES,” it read. “It is therefore a matter of great regret that the finished cover artwork caused concern and offence.

“The decision to amend the photograph was taken for layout purposes, but plainly we made the wrong call and we have offered our unreserved apologies to Solange.”

The singer had called braiding hair for black women an “act of beauty, an act of convenience and an act of tradition” in the accompanying feature. Inside the magazine, Solange’s hair could be seen styled into a halo of braids lifted above her head. However, on the cover that halo had been removed.

Meanwhile, Solange has contributed a digital art piece to an exhibition at London’s Tate Modern gallery.

Soul Of A Nation: Art In The Age Of Black Power closes tomorrow (October 22) and features a “digital interactive dossier” called ‘Seventy States’, which was created by the star. It involves a mix of unused music video concepts for the A Seat At The Table tracks ‘Cranes In The Sky’ and ‘Don’t Touch My Hair’, as well as two poems, a new piece of music and a performance by Solange called ‘We Sleep In Our Clothes’.