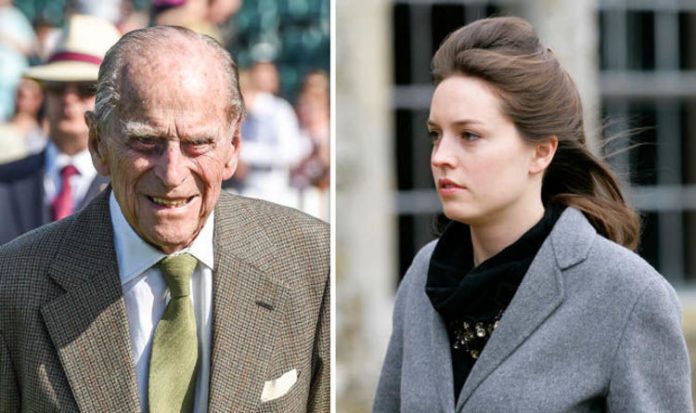 The Duke of Edinburgh flew by helicopter from Sandringham to Romsey Abbey in Hampshire to attend the baptism of the child of Thomas and Alexandra Hooper, daughter of the current Earl Mountbatten, Norton Knatchbull.

He returned to Sandringham following the christening, where he has spent the majority of his time since retiring from official Royal duties in 2017.

The cost of the flights was covered by his own personal expenses according to Mail Online, rather than charging the British taxpayer.

The Queen was consequently left to meet President Trump and First Lady Melania Trump alone when they had tea in Windsor Castle on Thursday.

Prince Philip has a close connection to the Mountbatten family, and was also made godfather to the current Earl in 1947.

That occurred the same year Louis Mountbatten was murdered by the IRA, after they planted a bomb aboard his fishing boat in Ireland.

He also has a strong friendship with Mr Knatchbull’s wife, Penelope Knatchbull, Countess Mountbatten of Burma, and has been seen carriage-driving with her on numerous occasions.

Both the Queen and Prince Philip have also visited the Mountbatten family seat, Broadlands Estate, on various occasions including in 2007 to mark their diamond wedding anniversary.

The Royal couple spent their honeymoon at the 86-acre manor in November 1947, as did Prince Charles and Princess Diana in 1981.

Louis Mountbatten’s daughter, Lady Pamela Hicks, was one of the Queen’s bridesmaids at her wedding to Prince Philipp in 1947.

Prince Charles gave Alexandra away when she married her husband Thomas at Romsey Abbey in 2016.

Lord Mountbatten corresponded with Prince Charles about a potential marriage to Lady Ellingworth, and offered advice on dating and the selection of a future consort.

Prince Charles also wrote to Patricia Knatchbull about the union, to which she reportedly approved but noted the courtship was premature.

Prince Charles proposed to Lady Ellingworth in 1981, but she declined the marriage proposal.