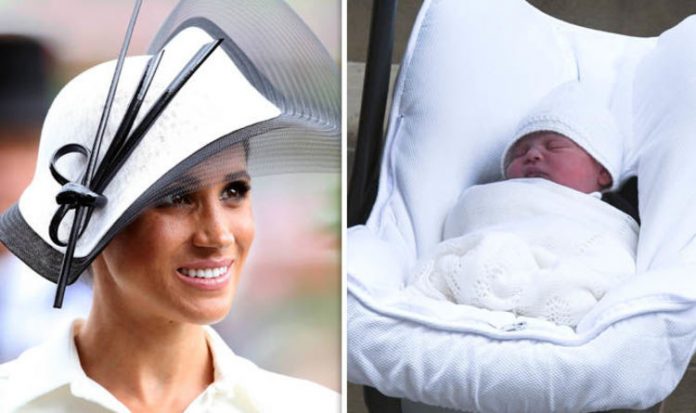 The fifth-in-line to the throne will be christened by the Archbishop of Canterbury, the Most Reverend Justin Welby.

The Chapel Royal is where Louis’ brother, Prince George, four, was baptised.

His sister Charlotte, two, was christened at the Church of St Mary Magdalene in Sandringham.

The Duke and Duchess of Cambridge are expected to opt for close friends when selecting godparents for their youngest child, who has not been seen since his birth on April 23.

William and Kate have previously opted for trusted members of their inner circle rather than older royal relatives as is traditional.

Who will be godparents? Latest odds REVEALED

Miguel Head and Tiggy Legge-Bourke have been named as the most likely options for godparents with 2/1 odds, according to Ladbrokes.

Mr Head, 40, has spent 10 years as Prince William’s former private secretary but steps down from the role next month.

Tiggy Legge-Bourke, 53, is the former nanny to William and his brother Prince Harry.

She became so close to the two young princes she referred to them as “my babies”, reportedly causing friction with Princess Diana.

Jessica Bridge of Ladbrokes said: “As with George and Charlotte, the Duke and Duchess chose close and trusted friends and aides, rather than immediate family members, and the odds suggest that will be the same with little Prince Louis.”

There is a 3/1 chance Laura Lopes, Prince William’s step-sister from Camilla Parker Bowles’ previous marriage, will be asked to take on the official duties.

Rebecca Priestley, former secretary to Kate, Duchess of Cambridge, is also one of the frontrunners at 4/1.

Meghan, Duchess of Sussex only has a 14/1 chance, but Prince Harry’s odds are slightly better at 10/1.

How many godparents will Prince Louis have?

Louis is likely to have five godparents, mirroring the same number as Charlotte.

George has seven, most likely due to him being the future king of the country.

Kate’s school friend Sophie Carter and Laura Fellowes, the daughter of one of Diana’s sisters, are two of Charlotte’s godparents.

The others are Adam Middleton, Thomas van Straubenzee and James Meade.