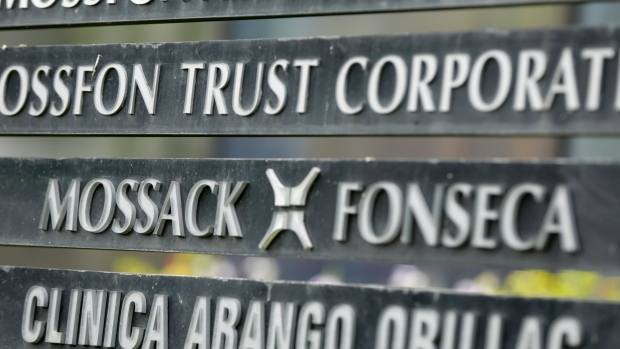 More private documents from the Panamanian law firm at the centre of one of the biggest-ever leaks of financial records have been exposed, showing how enraged its clients were, global media outlets are revealing today.

Mossack Fonseca saw 11.5 million of its client files anonymously leaked to journalists in 2016 in what became known as the Panama Papers.

The latest batch of leaked files offers a front-row seat on what went on inside the firm after the Panama Papers leak, as decades of financial chicanery in the secretive world of offshore tax havens were exposed. It covers a period ending in December, 2017.

Infuriated clients wrote profanity-laced emails, various countries launched investigations into the firm, and its staff scrambled to gather client information they suddenly realized was glaringly absent from their records.

I demand you DELETE my name from all your files.– French investment adviser

The 1.2 million files in the latest leak date from early 2016 through December and were sent to the same German reporters as the Panama Papers, who once again shared them with major media outlets — including the CBC and Toronto Star — through the Washington-based International Consortium of Investigative Journalists.

The new cache of files show that soon after the Panama Papers were revealed on April 3, 2016, Mossack Fonseca was besieged by worried emails. Clients demanded to know what had been leaked — and particularly whether it involved the sensitive, and normally secret, information on the “beneficial ownership” (BO) of offshore companies.

“URGENT… what documents/BO info was taken from files and when?” asked the head of a trust company.

“It’s gobsmacking, and I demand you DELETE my name from all your files,” a French investment adviser wrote.

An offshore company administrator based in Luxembourg fretted about her client’s exposure. “We need to change the address mentioned in our system… This need[s] to be done urgently; due to the Panama Papers our client faces some problem in Canada.” 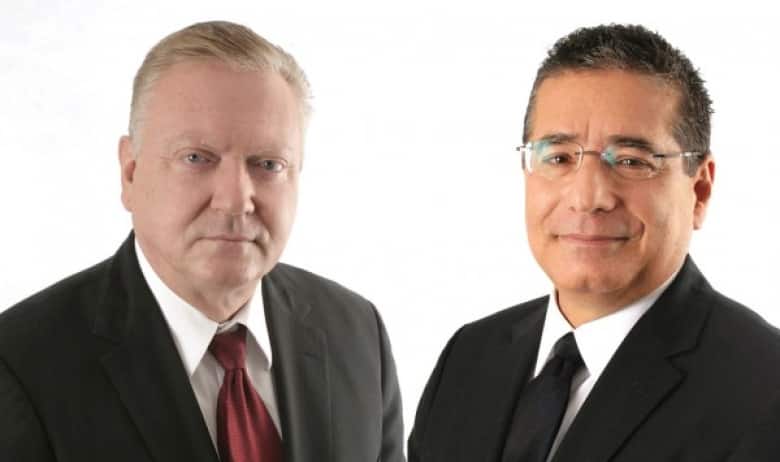 Juergen Mossack, left, and Ramon Fonseca founded the law firm that bore their name for 22 years and was a mainstay in the world of offshore tax havens, until its undoing in the fallout from the Panama Papers.

Mossack Fonseca tried to assuage its clients, offering help with public relations and, ultimately, misplaced promises that its computer systems had been patched. The firm increasingly relied on a special-purpose email address ([email protected]), the records show.

Some of its clients weren’t satisfied.

“By a lot of messages, you, MOSSACK, are trying to convince we clients that you are taking control of this unbelievable situation,” a Swiss money manager wrote. He concluded: “This email will, probably, be intercepted like 11,600,000 other documents. I don’t care.”

While it was juggling irate clients, the Panamanian firm faced problems on another front. Regulators and law enforcement authorities began asking pointed questions in the weeks and months after release of the Panama Papers.

Internal emails show employees acknowledging to each other that they might not be able to comply with the requests because of the way the firm relied on outside lawyers to vouch for the reputation and identity of the actual owners of those companies.

Overall, the new documents reveal, Mossack Fonseca couldn’t identify tens of thousands of owners of companies it had registered in opaque, low-tax jurisdictions, even though international anti-money-laundering rules were now requiring just that. 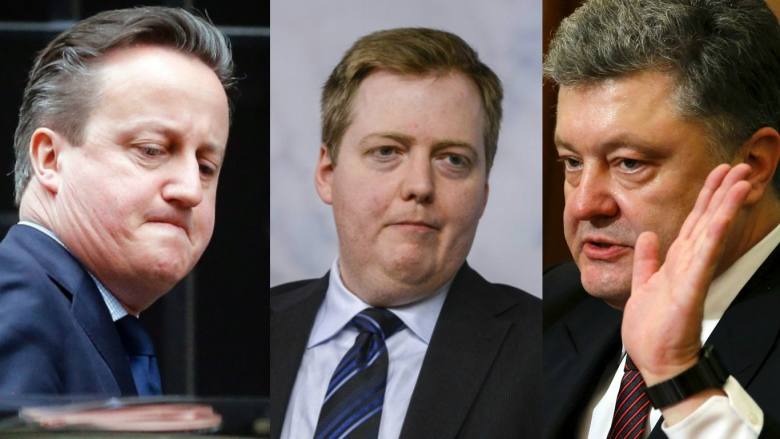 Two months after the firm learned its records had been breached, it still couldn’t identify owners of more than 70 per cent of its 28,500 active companies in the British Virgin Islands, its busiest offshore hub, and 75 per cent of the 10,500 active shell companies in Panama it had registered, the records show.

“It shouldn’t be acceptable that a firm like this doesn’t know the owner of one shell company, let alone thousands of them,” said Jack Blum, a U.S. lawyer with expertise in fighting tax fraud and money laundering. That there was no record of who owns what, Blum said, “tells you how far the shell business has gone in terms of being a sham.”

Mossack Fonseca’s clients were also being investigated. Authorities in India, Spain, Sweden and Argentina demanded information about taxpayers who owned offshore companies through the firm.

By the end of 2016, governments and companies in 79 countries, including Canada, had opened 150 inquiries, audits or investigations into the law firm, its intermediaries or clients.

First, it tried to minimize its obvious links to various clients by changing its business name in some jurisdictions. In Samoa, Mossack Fonseca became Central Corporate Services Ltd. In Panama, Mossack Fonseca transferred clients to Orbis Legal Services, which hired some Mossack Fonseca employees to maintain the “same level of service.” 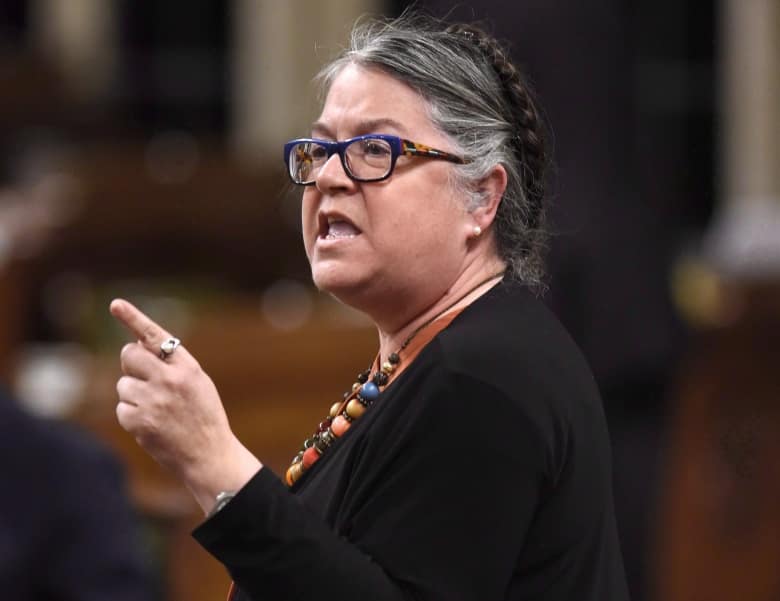 Second, it pulled an about-face on its adherence to know-your-client rules. The firm that once maintained a blissful ignorance of the identities of thousands of its end users suddenly became meticulous about demanding due diligence from them, forcing hundreds of shell-company owners to come up with supporting documentation such as certified passport photocopies, home heating bills and letters of reference.

Many of those clients chafed at suddenly having to jump over new hurdles to get services they once enjoyed with breezy readiness.

A Florida lawyer grew exasperated at Mossack Fonseca’s multiple requests — sometimes only one day apart — that he obtain and share documents from two offshore company owners to prove their identity.

“WE CAN’T GO BACK a day after asking for papers to ask for something else,” he wrote. “WE LOOK LIKE F—ING AMATEURS. A Mickey Mouse operation.”

His frustration was shared by a Swiss lawyer who asked Mossack Fonseca to dissolve a corporation in Panama for him, and was suddenly met with a demand to supply reference letters for himself and the company’s two directors, ideally from a bank they dealt with. The process was taking nearly two months.

“HOW F—ING STUPID ARE YOU PEOPLE IN PANAMA???” he fumed. “In any properly regulated jurisdiction, a firm like yours would have been shut by the regulator!!!”

Ultimately, the combination of fleeing clients and pouncing regulators was too much for the firm’s reputation and bottom line.

Founders Ramon Fonseca and Juergen Mossack were arrested in February 2017 on allegations they played a role in laundering bribe money linked to a massive corruption investigation in Brazil known as Operation Car Wash. They were released on bail two months later and have yet to face trial.

They did not respond to specific questions from the International Consortium of Investigative Journalists or its partners, but did issue a press release that said the law firm, its employees and its founders were “never involved in unlawful acts.”