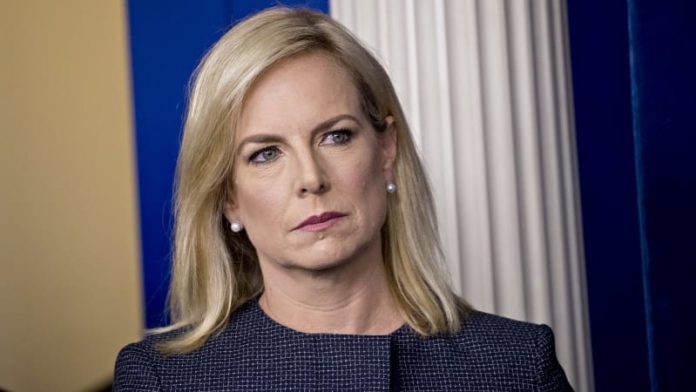 A group of protesters interrupted Department of Homeland Security Secretary Kirstjen Nielsen’s dinner at a Mexican restaurant in Washington, D.C., on Tuesday evening amid backlash over the Trump administration’s “zero tolerance” policy on immigration.

Members of the D.C. chapter of the Democratic Socialists of America entered MXDC Cocina Mexicana, a glitzy restaurant near the White House, to confront Nielsen as her department faces scrutiny over a policy that has resulted in some children being separated from their parents at the US-Mexico border.

“How can you enjoy a Mexican dinner as you’re deporting and imprisoning tens of thousands of people who come here seeking asylum in the United States?” protester Jesse Rabinowitz shouts in a video posted on Facebook appearing to show the incident. “We call on you to end family separation and abolish ICE [US Immigration and Customs Enforcement].”

Another protestor pointed out the irony of Neilsen enjoying a meal of Mexican food while enforcing a policy of detaining and deporting some Mexican asylum seekers.

The video continues with protesters chanting and making various speeches as Nielsen and another diner sit nearby. The video ends before either side leaves the restaurant.