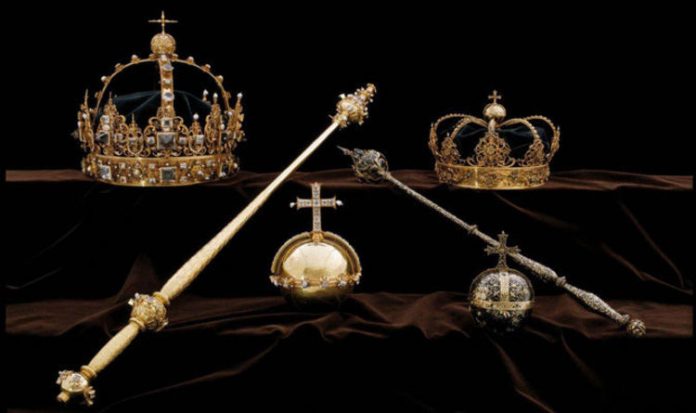 The crown jewels – two Royal crowns of King Karl IX and Queen Kristina, along with a Royal orb – had been on display at the Strängnäs Cathedral west of Stockholm.

The two suspects, who remain on the run, escaped the crime scene on a speedboat but Sweden declared a national alarm over fears the jewels might be smuggled out of the country.

In Nordic countries, a national alarm is used to alert police forces about a serious situation that requires additional measures, highlighting the severity of the robbery.

Speaking to Swedish national newspaper Expressen, he said: “They must have seen this as easy change. Appropriations like this with historical taxes are common in Europe because they are often poorly guarded.

Police are continuing to hunt for the thieves and according to a report by Stockholm-based newspaper Aftonbladet, traces of blood found on a bench near the cathedral where the jewels were stolen from can be linked to one of the suspects who apparently injured himself during the escape effort.

But the police are remaining tight-lipped and are not confirming any of this information.

Stefan Dangardt, the police’s Presidential spokesman, said: “The investigation work is progressing but I have nothing to add from yesterday.

In 2013, thieves also managed to steal the crown of Gustav Vasa’s son Johan III again from Strängnäs Cathedral, but the jewels were found abandoned in a black bin bag in a ditch following an anonymous tip-off.