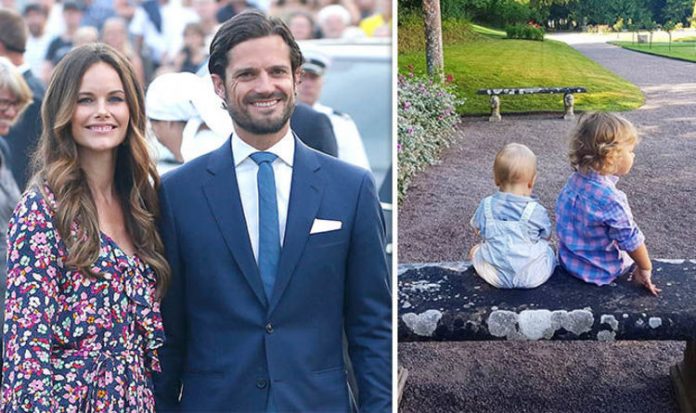 The picture shows the brothers, Prince Alexander and Prince Gabriel, sitting next to each other on a bench in the grounds of Solliden, the Swedish royal’s summer residence.

The princes are facing away from the camera in the arty shot, which gives a view of the immaculate gardens in the background.

Two-year-old Prince Alexander is wearing a checked shirt while Prince Gabriel – who was born last August – is dressed in a blue outfit.

The royal couple have captioned the picture “summer in Solliden” with a yellow heart emoji.

And it has received thousands of likes and more than 200 comments since it was shared three days ago.

It is a tradition for Swedish royals to spend their summer in Solliden.

But they only made their account public in May this year to raise awareness of their work.

READ  UK: Prince Louis christening: Who will be godparents and what are latest odds? | Royal | News

After making their profile public, the royals said in a post: “As you can see, we have already posted photos for some time to give you an insight into our work, the missions we are carrying out and, above all, the issues we are burning for.

The last picture of the young princes was on June 8. It shows the family dressed smartly ready for an outing.

Other photos of their children include a more casual family shot posted in February this year.

The couple also shared a picture of Prince Alexander for his second birthday in April which shows the youngster looking up and smiling.

Three weeks after Prince Gabriel was born they posted a picture of the infant with his brother, which was taken by Princess Sofia.