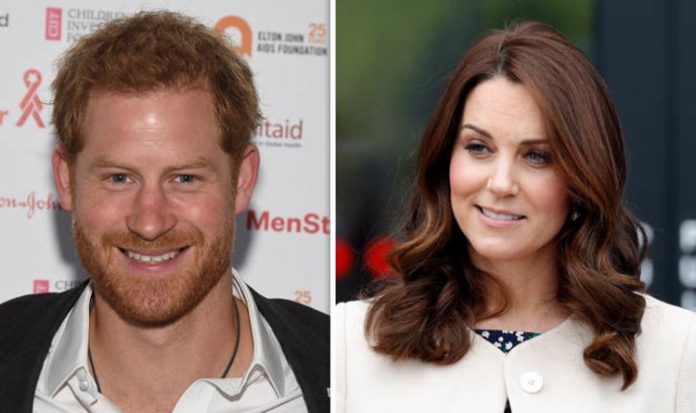 The Royal couple met on a blind date in early July 2016, before starting a whirlwind romance and announcing their engagement little over a year later in November 2017.

Aside from receiving consent from the Queen ahead of their engagement in order to comply with the 2013 Succession to the Crown Act, Harry also sought the approval of his trusted sister-in-law.

A source told Grazia UK: “Harry and Kate are very close, she’s been like a mentor to him and he wanted her seal of approval.

“Kate is different to Meghan in many ways, but she has made great strides to help Meghan settle in.”

Prince Harry reportedly introduced his future wife to Kate in November 2016, only four months after their first date.

Meghan then gave Kate a gift ahead of her 35th birthday upon seeing the Duchess again in January 2018.

The Royal source noted Prince Harry sought the advice of Kate as he regards her as a “big sister” and has provided him with emotional support since her engagement to Prince William in November 2010.

The source said: “When she and William got engaged, Harry called her the big sister he never had.

“He often pops into their apartment at Kensington Palace, where she cooks him a meal – roast chicken is reportedly a particular favourite.

“There was no filling the hole left by Diana’s death, and Harry seemed to be growing up without someone emotionally available he could lean on.

“Kate has helped fill some of that gap.”

The Duchess has since expressed her approval of Meghan and the pair appear to be developing a blossoming friendship.

The in-demand Royals were last seen together attending the ladies’ singles final at Wimbledon in July, where they were seen chatting while the former TV star cheered on her friend and tennis ace Serena Williams.

The Duke and Duchess of Cambridge also publicly expressed their excitement following the announcement of Prince Harry’s engagement in November.

In a statement published by Kensington Palace, they said: “We are very excited for Harry and Meghan.

“It has been wondering getting to know Meghan and to see how happy she and Harry are together.”