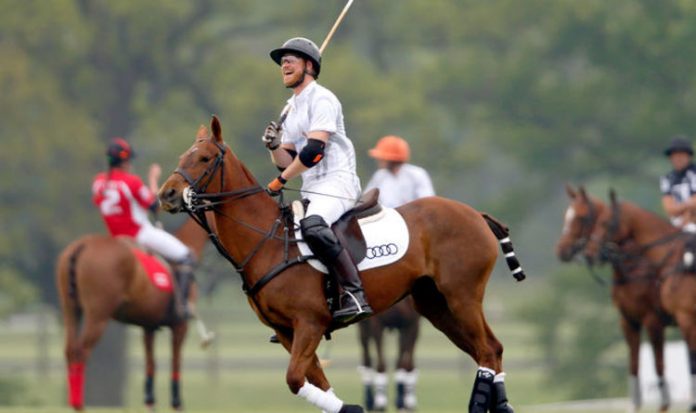 Prince Harry is set to take to the field for the Sentebale Polo Cup in Berkshire today.

However, it is not known if Meghan Markle will be there to cheer on her husband.

The polo has become an important annual event to raise funds and awareness for Sentebale.

The organisation works with children and teenagers in Lesotho and Botswana who are coming to terms with being HIV positive, have Aids or have lost their parents to the disease.

How did Sentebale begin?

Prince Harry visited the landlocked African nation of Lesotho during his gap year trip in 2004.

This inspired the duke to set up his charity two years later with the country’s Prince Seeiso, younger brother of King Letsie III.

Their aim was to help young people in need and other children who had lost one or both parents to Aids or contracted the disease themselves.

In November 2015, Sentebale opened its £2 million Mamohato Children’s Centre in Lesotho to scale up its Mamohato camps.

This is a residential project providing psychological, social and practical support to children struggling to cope with being HIV positive.

Meghan Markle and Prince Harry were last seen together as they went for a private viewing the new Nelson Mandela exhibition in London last week.

Meghan wore a full-length trench-style dress by Canadian fashion house Nonie, that came to just below her knees.

The dress was pale pink in colour, a shade which has been worn by the 36-year-old on many occasions since her wedding to Harry.