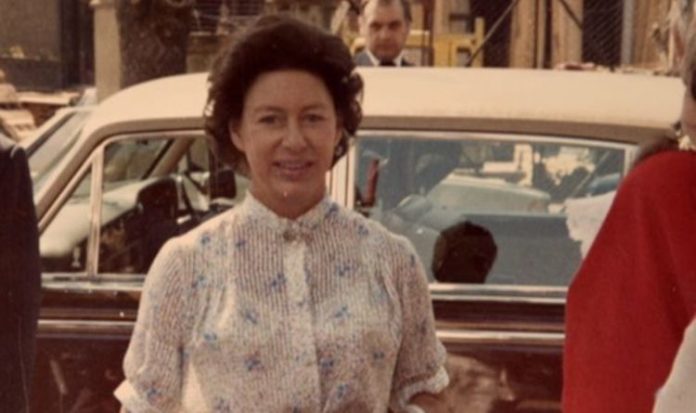 THE QUEEN feared her sister Princess Margaret could have brought down the monarchy due to her rebellious behaviour which put a strain on the public purse.

Princess Margaret was even branded a “parasite” by a Labour MP in Parliament, as the country’s economic woes gave rise to republicans.

By the Seventies, the royal was seen in public less and less, while living a wild lifestyle on the Caribbean island of Mustique.

The Queen’s sister had retreated to the Caribbean island of Mustique in the late 1970s with her “toy boy”, gardener Roddy Llwellyn after her marriage to Lord Snowdon broke down.

Margaret was deemed a parasite by the establishment due to her frivolous lifestyle (Image: BBC)

Princess Margaret was also said to have had a secret relationship with Robin Douglas-Home, son of Sir Alec, before Christmas in 1966, after they met at London’s Society restaurant.

She was even rumoured to have had relations with actor and West London racketeer John Dennis Bidon while on the private island – although she denied ever meeting him despite photographic evidence.

But she lived on Mustique with Mr Llewellyn who was 17 years her junior and attempted to keep the couple’s affair private from her estranged husband, and away from the media spotlight.

But when news of her affairs emerged, the country, and the palace, didn’t approve.

The Labour MP told parliament that Margaret was a parasite for her “£1000 per week pocket money” (Image: BBC)

The Queen worried her “wild child” sister would bring the royal family into serious disrepute as growing unrest and economic hardship began to take hold of Britain in the 1970s.

Margaret’s official biographer, Christopher Warwick, told BBC documentary Princess Margaret: The Royal Rebel: “She [the Queen] thought that in all of this business, her sister was behaving badly.

“I think the palace felt it was out of control and they felt was nothing they could do about it. All they could do was damage limitation.

“I think the feeling was that this, whilst damaging to Princess Margaret’s reputation – and let’s be honest let’s make no mistake, it was damaging to her reputation – that it could also have a knock-on effect and people turning to look at the Queen and the monarchy and questioned ‘hey what is this? Do we need this?’

“It could have been bad for all of them.”

Princess Margaret’s frivolous lifestyle came at a time when economic hardships in Britain were becoming more prevalent and the country was suffering its worst economic crisis in 40 years.

The royal did not attend many royal engagements but her escapades were costing the taxpayer thousands of pounds every week.

Margaret was upset by the publci opinion of her following her escape to Mustique (Image: BBC)

Mr Canavan said: “I came from a working-class background and even at a young age, I had no respect for a system of power that was passed on through hereditary.

“Princess Margaret at that time was doing less and less in terms of public duties and at one stage it looked as if she was doing nothing, or next to nothing.

Margaret saw her popularity decline and feared what the public thought of her (Image: BBC)

“And yet spending an increasing amount of time on Mustique with her toy boy.

“I had a question for the chancellor of the exchequer, and called for a stop to all unnecessary public expenditure for the over privileged – including the £1000 per week pocket money which we give to a parasite like Princess Margaret.”

In letters to Lady Barnes unearthed in the documentary, Margaret wrote that the decline in her public four was “most bruising to the spirits, to be attacked in this way and singled out of the family”.

She said that she “had no one to stick up for me, no husband and can’t come back.”