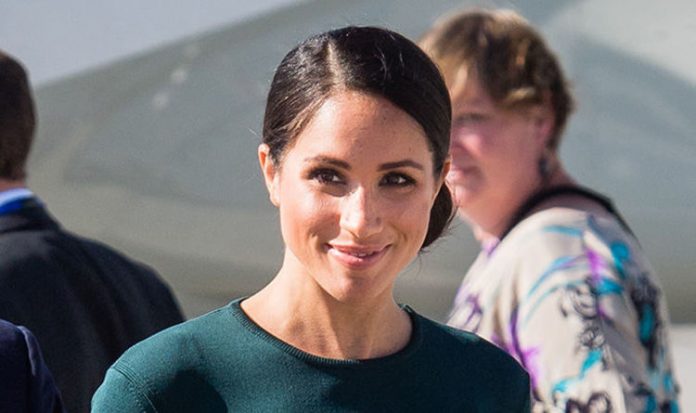 Australian comedian Peter Berner claimed Meghan Markle will charm her way into stomping out calls for a Republican referendum because of her “Markle sparkle.”

The newly appointed Duchess of Sussex is set to embark on her first Royal tour to Australia and New Zealand with Prince Harry in the autumn.

Commenting on the announcement of a new rally from the Australian Republic Movement, Mr Berner said: “We’ve got Meghan Markle now.

“We’re not going to get anywhere near a republic now that we’ve got the ‘Markle sparkle.’ It’s not going to happen.”

The majority of Australians believe the nation should be a republic, according to a poll of 1,000 Australians in February in which 67 percent said Harry’s engagement to Meghan Markle and the Duchess of Cambridge’s pregnancy made no difference to their view.

While the movement may oppose the monarchy in Australia, for the most part the group has nothing against the Queen being the British head of state.

Mr Berner also suggested that the popularity of the new generation of Royals could silence talks of an Australian Republic for “100 years.”

He continued: “We’ve got Will and Kate, and Harry and Meghan.

“What’s their life expectancy? It’s 90 in the family. 100 years from now we’ll be talking about it.”

The Duchess of Sussex will jet off on a tour of Australia in October in order to attend the Invictus Games which are taking place in Sydney.

The sports competition was founded by Prince Harry and provides support for injured servicemen and women.

The couple will stop off at numerous destinations in Australia, along with visits to Tonga, Fiji and New Zealand.

Meghan and Harry are thought to be keen to increase their engagement with Commonwealth nations after the Prince took on the role of Commonwealth youth ambassador in April.