It has been no secret that Katie Price has been facing the possibility of bankruptcy, managing to escape it last December after making an agreement with her creditors.

However Katie still has to find a way to come up with the money and now even has a driving fine to add to her list of money woes.

Earlier this month the 40-year-old was given a three-month driving ban and a £1,100 fine for driving while disqualified and without insurance.

The former glamour model appears to have such money problems that, according to The Sun, the star had to tell the judge she couldn’t afford to pay the fine and will have to deliver it to the court in two weeks.

Trying to make up the funds, the brunette has been putting many items up on eBay.

However, it was a surprise when she announced on Instagram to her 1.9 million followers that she was selling her Barbie Suzuki Jeep.

“Also I will meet you to sign the car and do a picture too.”

Leaving all her worries behind her, she signed it off with: “When I get my licence back, new car, fresh start.”

Attracting lots of attention on social media, it didn’t take long for the bold car to rack up over £66,200 and 206 bids.

It appears Katie’s star power means the she’s getting much more for the 2002 car, with 97k on the clock, than it’s worth.

According to The Sun, Katie originally put the car up for sale at £595 and it is said to only be worth around £1500. 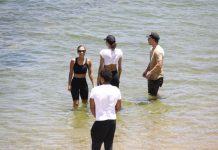 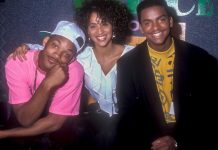