Boris Johnson called Jeremy Corbyn a “great big girl’s blouse” and was described as a racist for his comments on Islamic dress as he faced a testing debut at Prime Minister’s Questions.

Last night Johnson was dealt a massive blow as British MPs voted in favour of seizing control of parliamentary business in the House of Commons.

The vote will see opposition parties move legislation aimed at delaying Brexit until the end of January so that a deal can be agreed, rather than the looming no-deal crash out at the end of October.

Amid this chaos, Johnson’s Conservative also government lost its working majority in parliament last night after one Tory MP crossed the floor to join the Liberal Democrats.

Today Boris Johnson called on opposition leader Jeremy Corbyn to agree to an October 15 general election seemingly calling him a ‘big girl’s blouse’ in the process.

Corbyn continually criticised the prime minister accusing him not making any progress with Brexit negotiations adding that “he’s desperate to avoid scrutiny”.

As Corbyn made the comments Johnson could be seen shouting from his seat what appeared to be the phrase “Call an election, you great big girl’s blouse”. 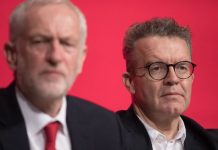 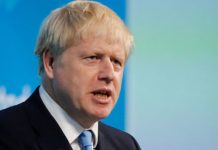 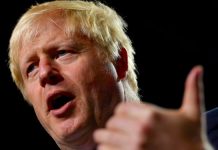