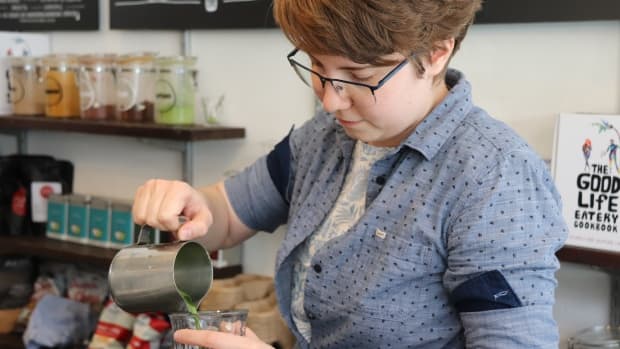 On a recent day, the marble-clad tea room at the Berkeley Hotel in London was filled with groups of 20-somethings dressed in their afternoon best, chatting over leafy herbal blends and pastries.

A Canadian who did his chef training in Calgary, Khiat has been with the hotel for nearly 12 years. He is also the mastermind behind the popular Prêt-à-Portea afternoon spread, where customers sit down for fashion-inspired cakes and cookies that change seasonally.

“[Prêt-à-Portea] brings more young people than older generations, for sure — it’s incredible,” said Khiat. “As soon as you put the stand down on the table, phones come out and people start taking pictures and Instagramming.”

Over the years, Khiat said he’s noticed a significant upward shift in the number of younger people having afternoon tea. On this day, a round of cheers and clinking glasses could be heard as a group celebrated a “Hen party” with a spot of the hotel’s finest rosé and flowering teas.

The scene at the Berkeley suggests a bigger trend in the market, where young Brits are foregoing their grandparents’ preferred black teas — or “builder’s brews” — for more bold and adventurous flavours.

The 2018 Tetley Tea Report shows tea drinking is up overall across the U.K., particularly with specialty blends like fruit and chai teas, which saw an increase in consumption of more than 20 per cent in the last year. The report cites millennials — generally considered to be people 18-35 years old — as the driving force behind the surge of popularity in specialty tea blends. 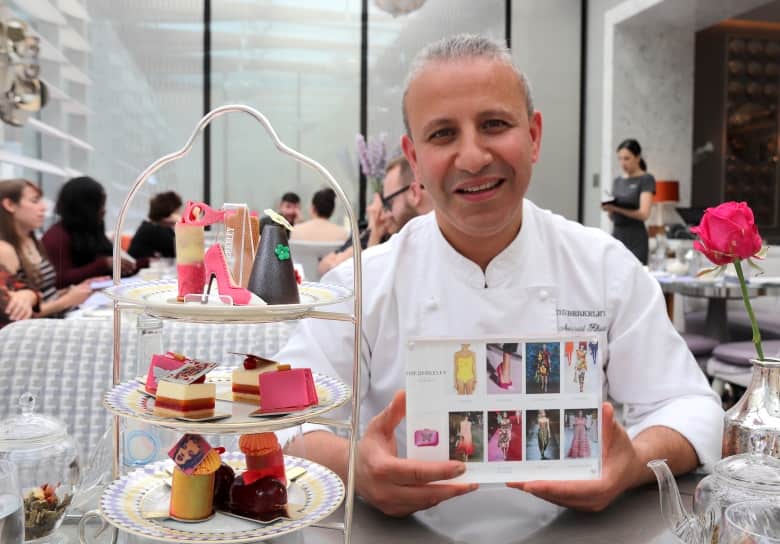 Richard Caines, senior food and drink analyst at market intelligence agency Mintel, said there are a number of reasons why people in that age range are opting for different blends.

It was because of the increased supply of tea through the British East India Company in the 1700s that the drink gained popularity in Britain. Today, the Brits drink more than 60 billion cups of tea a year — or 165 million cups a day, according to the U.K. Tea and Infusions Association.

Tetley’s report cites health as a growing reason for the interest in different teas, with turmeric, matcha and chamomile among the top trending flavours in the U.K.

With restaurants and cafés having noticed the trend, there’s been an increase in tea lattes, bubble teas, tea-infused cocktails and cold blends offered in recent years.

Jane Pettigrew, a tea sommelier in London, said young people are looking to visit places with a diverse array of tea blends.

“It’s about lifestyle, how it makes you feel, and a lot of people now will pay a bit more for a good cup of tea,” she said.

Though there is also a rising coffee culture in the U.K., Pettigrew said the two industries don’t see one another as competitors.

Big chains such as Starbucks and Pret-a-Manger have been serving chai tea lattes and matcha drinks for some time, but more and more local venues are starting to catch on to the trend.

London café and food chain Good Life Eatery is trying to appeal to this demand for new and exciting teas. They offer an array of different brews including tea lattes, served warm or cold.

Nineteen-year-old Tala Sakka, a frequent customer of the eatery, says she made a shift to tea because of the variety of options available.

“I used to like coffee, but then I started becoming obsessed with teas because of all the different flavours,” she said while waiting for her matcha green tea latte. “I feel like if there’s an added health benefit and if it tastes better, then I would definitely spend more money on it.”

Pettigrew expects the trend with tea and millenials to continue upwards.

“There’s lots of things to excite people and get them into tea drinking that’s never really happened before.”