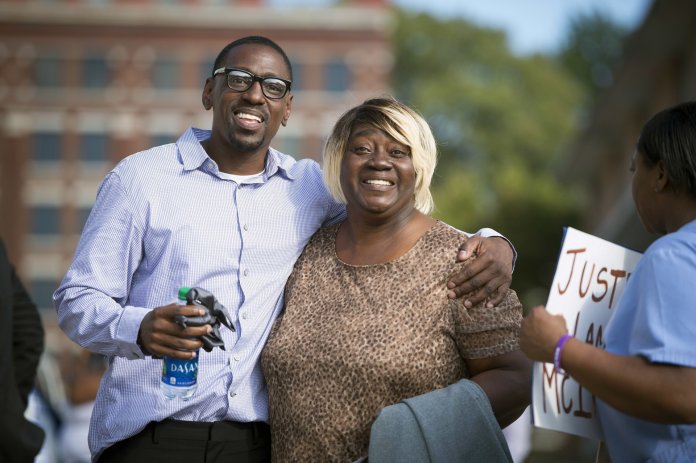 WICHITA, Kan. –  Rose McIntyre says she wonders whether her refusal to grant regular sexual favors to a white detective prompted him to retaliate against her black son, who spent 23 years in a Kansas prison for a double murder he didn’t commit.

“I do believe that if I had complied with his request for me to become his ‘woman,’ that my son would likely not be in prison,” she said in a 2014 affidavit.

Her son, Lamonte McIntyre, 41, walked out of a court hearing on Oct. 13 a free man after Wyandotte County District Attorney Mark Dupree asked that charges from the 1994 murders be dismissed because of “manifest injustice.”

The case has outraged, but not surprised, the poor black community of Kansas City, Kansas, and highlights why many African-Americans do not trust police and the U.S. criminal justice system.

“In my community, this is a norm,” Lamonte McIntyre said Saturday in a telephone interview. “We are not shocked or…