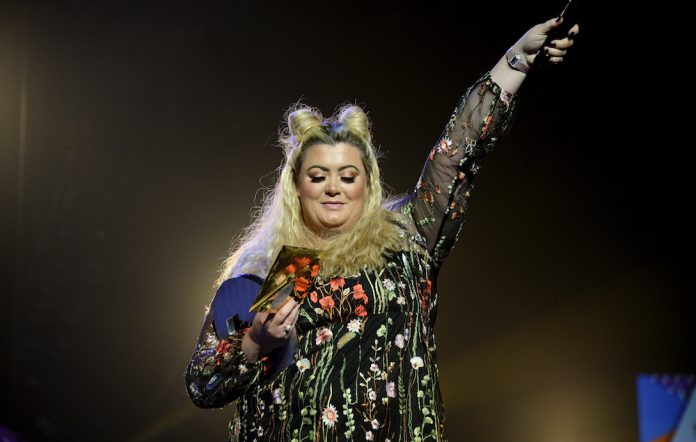 The Only Way Is Essex star Gemma Collins fell down a hole on stage at the BBC Radio 1 Teen Awards earlier today (October 22).

Collins was present at the show to present the award for Best TV Show. As the winner was announced, a trap door in the stage opened, with Love Island‘s Jamie Jewitt, Amber Davies and Marcel Somerville raised up through it to accept the trophy.

However, Collins did not appear to see the new hole in the stage and fell down into it. After being helped back up onto the stage by the category’s victors, she said: “Oh my god, so sorry about that. This is live, this is what happens.

According to Metro, she later told Grimshaw and Ora: “Apart from just stacking it on stage, I’m having the best time of my life. I’m kind of okay, the crowd have been amazing.”

Among the other winners at the ceremony were Little Mix (Best British Group), Stormzy (Most Entertaining Celeb), and Due Lipa (Best Single for ‘New Rules’).