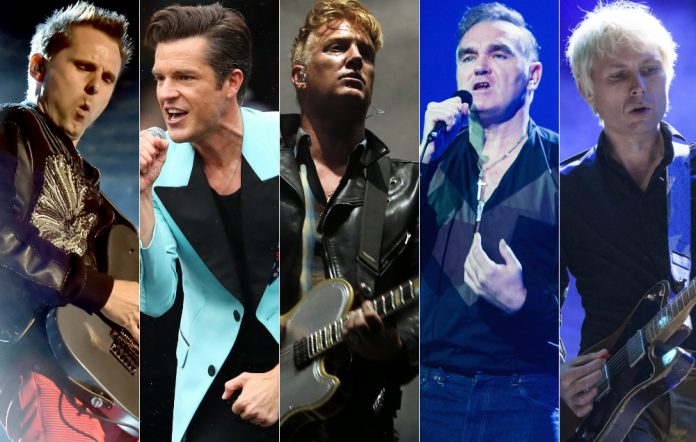 US radio station KROQ has unveiled their massive line-up for their annual ‘Almost Acoustic Christmas’ Festival.

The now legendary festive music bash features sets from the likes of Queens of the Stone Age, Morrissey, The Killers, Muse, Phoenix, Weezer, 30 Seconds to Mars, and Run the Jewels.

Elsewhere on the bill are Franz Ferdinand, Foster the People, Rise Against, Royal Blood, Prophets of Rage, The Lumineers, Cold War Kids, Vance Joy, Walk the Moon, and more.

The two-day even takes place at The Forum in Los Angeles from December 9-10. Tickets will be on sale from 12pm on Friday October 20 and will be available here. If you can’t make it, KROQ will be livestreaming the whole weekend on their website.

Meanwhile, Muse fans are hopeful that the band will have released new material by then – after they shared photos of their return to the studio with ‘Absolution’ and ‘Black Holes And Revelations’ producer Rich Costey.

As well as appearing with Miles Kane to cover The Beatles at a friend’s birthday party in LA, Bellamy also made headlines when promising fans a new box set of their early material.

In May, frontman Matt Bellamy alluded on Twitter to the upcoming release of ‘Origin Of Muse’. Bellamy described it as the “first two albums plus early demos and rare stuff etc,” adding that it would be “a kind of autobiography of music”. He added that it would feature ‘a few’ unheard tracks, but that he “prefers the term ‘terrible early demos’, not songs”.