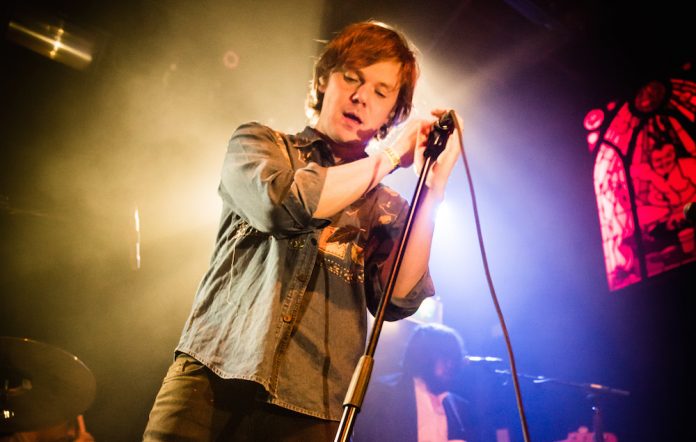 Idlewild have announced details of two Christmas shows to mark the 15th anniversary of their breakthrough album ‘The Remote Part’, and confirmed that they are working on a new record.

The Scottish band released third album ‘The Remote Part’ in July 2002. Their most successful record to date, it reached number three and went gold.

Idlewild have now confirmed that they will celebrate the milestone by playing the album in full at Glasgow’s O2 ABC on December 19 and 20. Tickets go on sale this Friday at 9am, with pre-sale tickets starting 9am Wednesday.

After the shows, the band say they will “be getting back to work on finishing recording the new Idlewild album!”. It would be the group’s eighth album, following on from 2015’s ‘Everything Ever Written’.

“I think it’s a good middle ground between a lot of different things,” Woomble told NME earlier this year. “It gets stark and down deep, then other times it gets quite playful and something like McCartney. There are always tunes there, I’m naturally drawn towards melodies – no matter how dark and weird it gets. Sometimes these kind of records rely more on atmosphere and intensity than memorable tunes. I think ‘Like Caruso’ is a bit of a rambler when it comes to lyrics. I’m into vagueness and things like that – taking subject matter and mixing it into another. Like symbolism mixed with something very ordinary.”

Speaking of how he came to write a solo album, Woomble said: “I just came out with quite a lot of songs last year. Idlewild will definitely make another record, there’s no doubt about that – it just depends when. For the time…