Hugh Grant is certainly living up to his Twitter handle – @HackedOffHugh – these days after blasting fast food chain Pret A Manger for playing Christmas music too early.

The Brit took to Twitter to have his say after being left livid after hearing Christmas tracks on his visit to the lunchtime food and drink chain.

Pret, which operates multiple outlets in Birmingham, was on the end of an angry tweet from Grant.

He fumed on Tuesday: “Christmas hats and music off please @Pret. Try again in four weeks. It doesn’t make us merry or spend more. It makes us GNASH.”

“We were hoping to see your famous dance moves, Hugh…,” the chain replied, accompanied by a picture of Grant’s Love Actually character dancing in that iconic scene from the 2003 Christmas flick.

People were divided by Hugh’s anger.

“I’ve literally just complained in a Victoria @Pret outlet. Told by manager that it’s company policy so there nothing she could do. Made my blood boil! So for nearly one sixth of the year we are supposed to cope with Have Yourself A Merry Little Christmas,” one wrote.

“November the sodding 5th, seven weeks before Christmas and already they were playing the bloody thing!” said another.

But another branded the actor “Scrooge” over his anger. 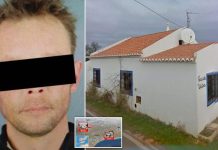 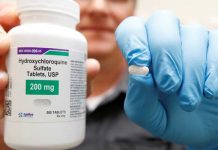 WHO Set to Resume Hydroxychloroquine Trial in Battle Against Coronavirus 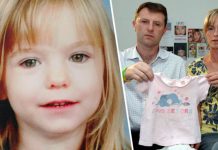