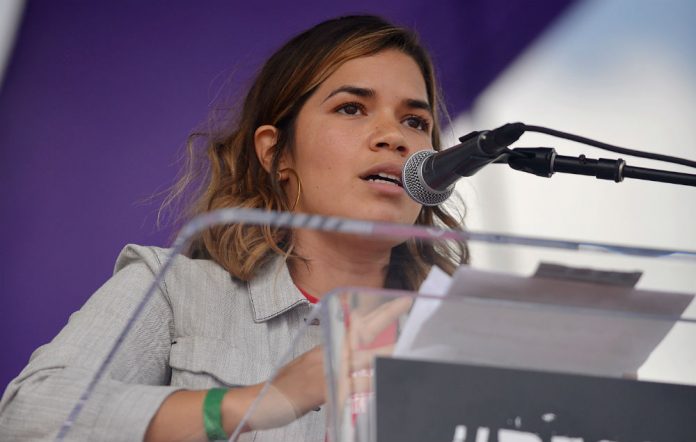 America Ferrera has revealed that she was sexually assaulted at the age of nine.

Ferrera, who rose to prominence with her lead role in Ugly Betty from 2006-10, joined the growing #MeToo movement – which is calling on survivors of sexual harassment and assault to share their stories – by recalling the experience in a post on Instagram yesterday (October 17).

Ferrera wrote: “First time I can remember being sexually assaulted I was 9 years old. I told no one and lived with the shame and guilt thinking all along that I, a 9 year old child, was somehow responsible for the actions of a grown man.

“I had to see this man on a daily basis for years to come. He would smile at me and wave, and I would hurry past him, my blood running cold, my guts carrying the burden of what only he and I knew — that he expected me to shut my mouth and smile back.

“Ladies, let’s break the silence so the next generation of girls won’t have to live with this bullshit.”

The #MeToo movement has sprung up in the wake of the allegations hounding Hollywood producer Harvey Weinstein, who has hit the headlines in recent weeks after being accused of rape, sexual harassment and other forms of misconduct by numerous women – allegations that he “unequivocally denies”.