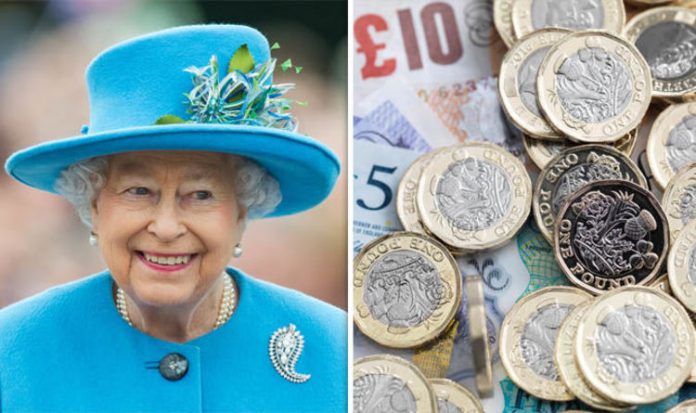 The Queen’s money comes from a number of sources, and last year she received a £6million pay increase from an already healthy amount.

The eight percent increase in pay came as a result of performance from the Crown Estates.

The estates are one of many sources for income for the royal family, many of which were established long before Queen Elizabeth took the throne.

Many of the royal family’s income options are private, but there is also taxpayer funding, which comes via the estates.

How is the royal family funded?

The most immediate option for the royal family comes from the Crown Estates, this is a £13.3billion worth portfolio of properties.

Crown Estates cannot be sold by any members of the royal family, and profits from the properties (which includes the entirety of regent street) are funnelled into the treasury.

HM treasury then gifts a certain percentage of these profits to the Queen, as of 2018 this percentage is 23 percent.

This lump sum given by the treasury is used for the upkeep of the Queen’s properties like Buckingham Palace, and given to the Queen for her official duties.

The amount the Queen costs via the grant is often told by how much she costs each person in the uk, which is currently about £1.24.

The last official account of the Queen’s expenditure came in 2017, putting 2016 figures £42m, an increase from the year before by almost £2million.

The Queen’s private income is from the Privy Purse, income generated by the Duchy of Lancaster, the Queen’s property and assets of 18,000 hectares of land.

This makes the Queen worth £340 million, but the Privy Purse is run and maintained on her behalf by someone else.

The Privy Purse is her ‘private’ income which she spends on private purchases and some official duties, the Queen pays income tax from these profits.

He said: “When you look at these accounts, the bottom line is the Sovereign Grant last year equated to 65p per person, per annum, in the United Kingdom.

“That’s the price of a first class stamp.

“Consider that against what the Queen does and represents for this country, I believe it represents excellent value for money.”

While the Queen could be seen as expensive, the bulk of her personal spending comes from private income, with the bulk of her Sovereign Grant spent on official purposes.