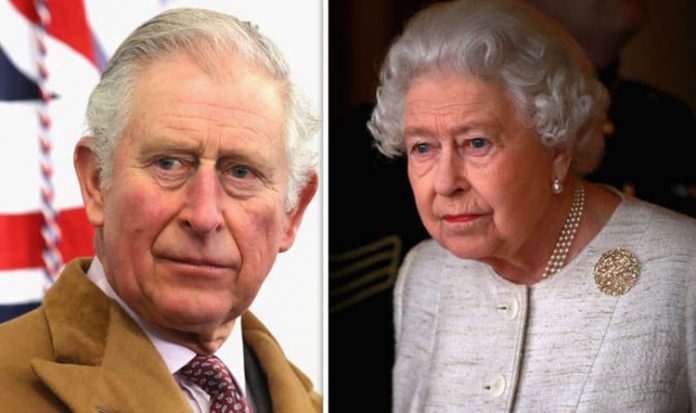 The heir to the throne didn’t attend the state dinner organised by the Chinese president in 1999, despite the event being deemed of extreme importance by both the Government and the Crown.

Charles, who famously is a supporter of Tibet’s claim of independence from China, snubbed the invitation extended to the Royal Family on October 20 1999 by the then president of China Jiang Zemin.

This snub was deemed “deliberate” by the prince’s former aide Mark Bolland, and caught everyone by surprise.

Royal reporter Richard Kay told Channel 4’s The Royal House of Windsor: “The monarchy was expected to put on a show. [The UK was] trying to foster good trading relations with China.

“And in order to do that, all parts of the state system has to work smoothly.

“And the Royal Family, as ever, had a big part to play. They were really rolling out the red carpet.

“There absolutely was an expectation that Charles would be there and the way that the royals arrive at these banquets, the Queen is the last to arrive, so Charles would have been sort of the second last to get out.

“And when the car came and it was the Queen getting out, then obviously we realised we had a big story here, because the Prince of Wales wasn’t there.

“There was no explanation for it. The palace didn’t brief on it. I think they were caught unawares.”

Charles’s behaviour was immediately perceived as a boycotting act, where he silently showed his support for Tibetan spiritual and exiled leader Dalai Lama, seen as a separatist threat by China, and denounced the appalling human rights record of the Asian country.

But as members of the Royal Family are forbidden from meddling with politics, his action was described as “damaging in the extreme” and even a plain offence to the Crown.

Mr Kay said: “By not attending on this occasion, he was not only letting down the monarchy, he was embarrassing his mother.

“Those who work for the Prince of Wales didn’t have an explanation beyond that he had an unbreakable social arrangement elsewhere.

“Having a significant figure like the Prince of Wales, heir in line, signalling his disapproval of what is going on in Beijing, was damaging in the extreme.”

The events that could not be missed by the prince later turned out to be a small dinner party he hosted with Camilla Parker Bowles.

The pair had made their relationship official only months before, in January, and Camilla didn’t yet hold any royal title.

Prince Charles’s defection to his duty sparked fury both in the royal palaces and Downing Street, where then-Labour leader Tony Blair was on his first mandate.

Mr Kay continued: “Buckingham Palace’s response was one of anger, so angry in fact that some of their senior officials briefed journalists about what they described as a ‘petulant and selfish prince’.

“The Labour government was spitting tacks, fuming about it.

“They saw this as a huge breach of the prince’s duty to the state.”

However, Prince Charles’s never made amend to this behaviour.

When President Xi Jinping travelled to the UK for another visit in 2015, the Prince of Wales and the Duchess of Cornwall announced they could not attend the state banquet, saying only they had a “significant involvement” during the four-day stay of Mr Xi.