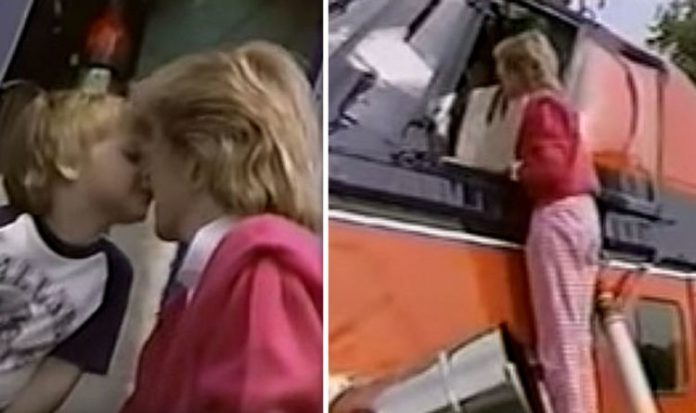 Shot in the late 1980’s, footage has revealed a passionate moment between Prince William and Princess Diana at Highgrove House in Gloucestershire.

Prince William was keen to sit on a helicopter after it arrived for his father, the Prince of Wales.

The 5-year-old was boosted and helped onto the pilot’s lap, and was filmed happily sitting in front of the controls.

Prince William was then filmed giving Princess Diana a kiss on the nose from the helicopter.

Princess Diana was leaning on the side…