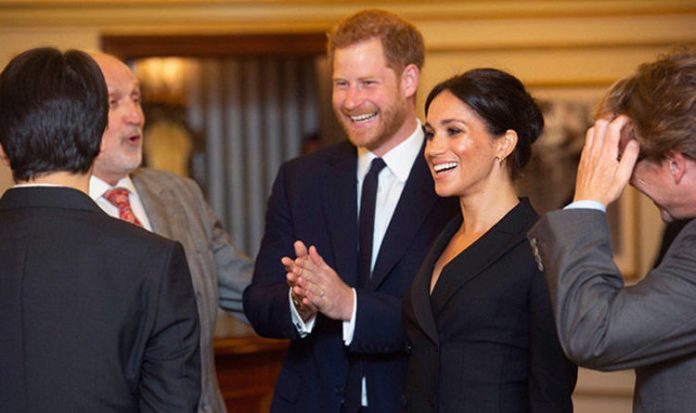 Meghan appeared elegant in a black tuxedo dress that showed off her legs while Harry opted for a tailored suit.

Prince Harry and Hamilton-creator Lin-Manuel Miranda are set to address the audience at a charity performance of the hit musical.

Harry is accompanied by the Duchess of Sussex at the show in London’s Victoria Palace Theatre.

The gala performance will raise money for Sentebale, the HIV charity co-founded by Harry.

Miranda and Harry will give speeches after a performance of the hip-hop biography of US founding father Alexander Hamilton that has won a host of awards and plaudits.

Harry and Meghan will meet members of the cast and the charity, which he formed with Prince Seeiso of Lesotho after his gap year there.

Sentebale works to improve prospects for children and young people affected by HIV in southern Africa.