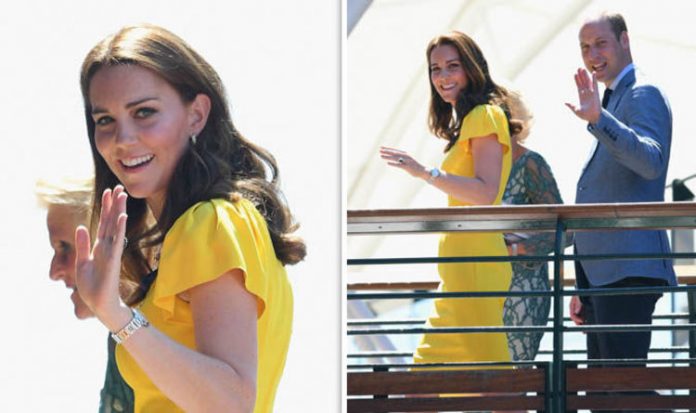 Kate and William are sitting in the royal box at Wimbledon’s Centre Court where Serbia’s Novak Djokovic will take on South Africa’s Kevin Anderson for the Grand Slam title.

Yesterday Kate was joined by Meghan for the women’s singles final where her new sister-in-law cheered on her good friend Serena Williams as she played Angelique Kerber.

The pair got along famously and at one point Kate was in fits of giggles as Meghan cracked out the jokes.

Williams, who was a guest at Meghan’s Royal Wedding, lost in straight sets, failing in her bid for an eighth ladies’ singles title.

Today Anderson, 32, comes into the match after a marathon semi-final lasting six hours and 36 minutes against John Isner on Friday.

This year’s Championships are set to finish in the same heat they started, with the Met Office forecasting highs of 27C for SW19.

Also expected in the royal box are Prime Minister Theresa May and her husband Philip, and actors Benedict Cumberbatch, Tom Hiddleston and Eddie Redmayne.

Kate is currently on maternity leave from royal duties after the Duchess of Cambridge gave birth to her third child with Prince William on April 23.