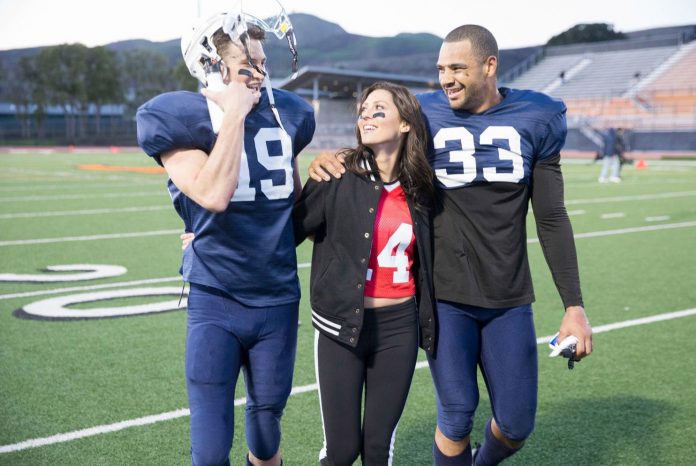 Looking for love can certainly be considered its own dangerous sport when hearts are on the line. On top of the emotional risk that comes with dating on a reality TV show however, two bachelors also came face-to-face with the physical risks during a hectic round of dates on The Bachelorette. Becca Kufrin lost two bachelors to injuries as Clay Harbor and David Ravitz spent their week at the hospital. Clay, the 30-year-old professional football player from Chicago, was forced to take himself out of the running permanently to get emergency surgery after breaking his wrist during a group-date. “I 100% think I could have fallen in love with Becca. But with being a man comes making tough choices and decisions, and I have to live with them,” Clay said after his exit. David’s injury, on the other hand, was much more embarrassing, as the 25-year-old venture capitalist fell out of his bunk bed in the middle of the night and landed on his face, leaving a pool of blood.

It was Howie Mandel’s turn to hit the golden buzzer on America’s Got Talent this week. After another round of entertaining auditions, it was 13-year-old vocalist Courtney Hadwin who delivered the night’s top performance and brought the entire judging panel to their feet with a rendition of Otis Redding’s Hard to Handle. “You are from a whole different era,” Howie gushed before comparing her to music legends like Janis Joplin. “You were this shy little thing when you came out. Then you sing and you’re like a lion. I mean, genuinely incredible,” Simon Cowell said before the judges unanimously agreed to send her directly to the live rounds.

After a strenuous bake-off, the final two home cooks in the MasterChef Canada kitchen were announced heading into next week’s anticipated finale. The last elimination challenge tasked the remaining chefs with creating three different classic Canadian desserts, which included the Nanaimo bar, butter tart and blueberry grunt. Unfortunately for 24-year-old mathematician Michael Friffiths, his rushed desserts didn’t impress the judges and he was cut so close to the end. Next week, Nova Scotia’s Andy Hay and Alberta’s Beccy Stables will battle for the MasterChef Canada title and the $100,000 cash prize.

So You Think You Can Dance

The second week of So You Think You Can Dance auditions were a success as Nigel Lythgoe, Mary Murphy and Vanessa Hudgens found a few favourites to advance to the next round. Most notably, the contemporary dancers came out to please with their technical lines and fluid movements. Connecticut’s Tessa Dalke and California’s Hannahlei Cabanilla were the week’s standouts and received nothing but praise for their emotional deliveries.