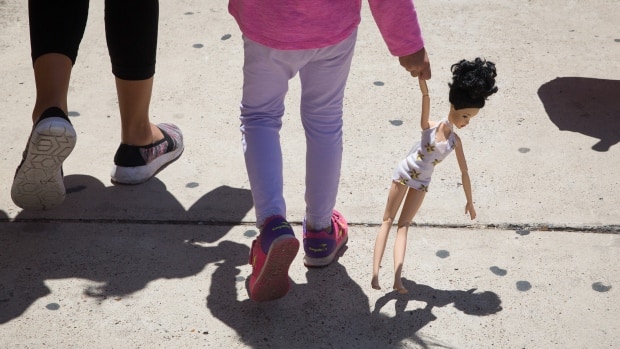 Welcome to The National Today newsletter, which takes a closer look at what’s happening around some of the day’s most notable stories. Sign up here and it will be delivered directly to your inbox Monday to Friday.

How America ended up jailing kids

The Trump administration has separated more than 2,000 children from their families since instituting a “zero tolerance” crackdown on those seeking to enter the United States illegally.

But the roots of the crisis — which has seen the White House pilloried in the press, and denounced by a former first lady as well the United Nations high commissioner for human rights — go back decades. 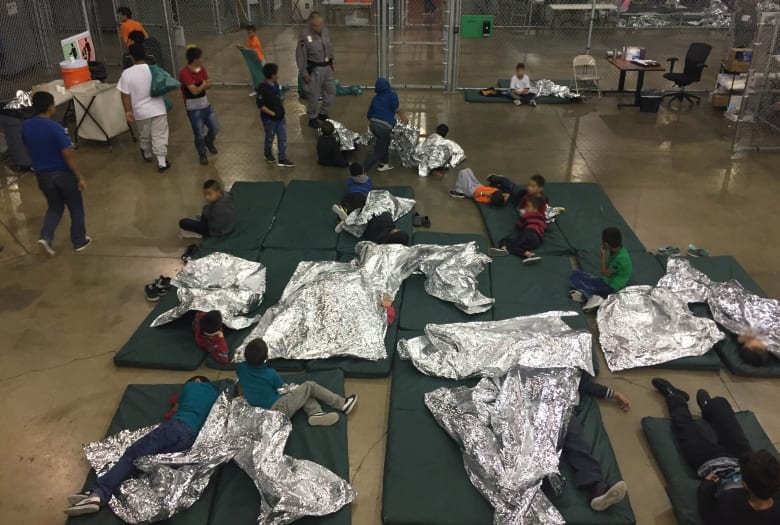 The last time Republicans and Democrats actually managed to join together to tackle the country’s broken immigration system — and the millions of undocumented immigrants who live and work in the U.S. — was in November 1986. But the compromise, which involved an amnesty for many of those who had already arrived, coupled with penalties meant to dissuade others from following in their footsteps, never worked.

At the time, it was estimated that there were around 3 million so-called “illegals” on American soil. Now, it’s closer to 12 million.

And the U.S, which didn’t even have immigration detention centres until 1984, now has 637 of them. More than half are privately run, for-profit facilities. 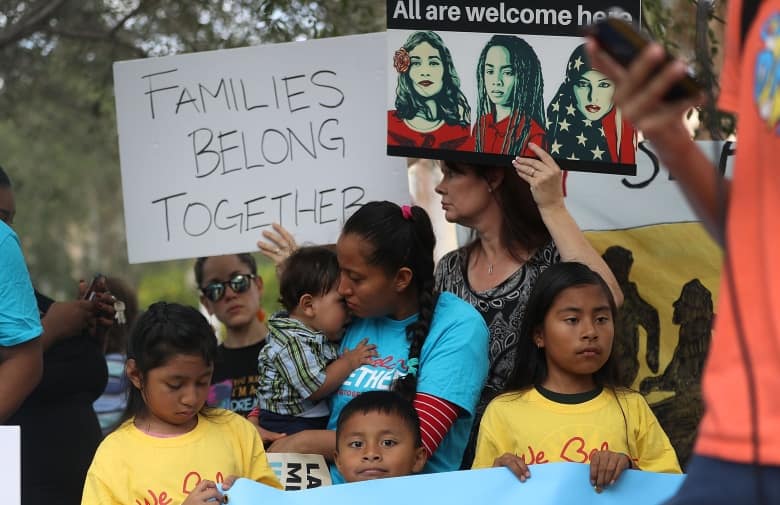 Protesters rally in front of an ICE detention facility on the National Day of Action for Children on June 1 in Miramar, Fla. It was organized to pressure the Trump administration to keep families together as they seek legal status in the U.S. (Joe Raedle/Getty Images)

During his campaign, Trump infamously vowed to send all illegal immigrants back to where they came from — essentially promising to oversee the largest forced migration in history.  But it’s long been clear that America can’t deport its way out of its problem.

In fact, deportations peaked under Bill Clinton’s administration, averaging around 1.5 million per year, and have been declining ever since. Barack Obama oversaw a total of 5.3 million forced removals, about half of George W. Bush’s number. And so far, President Trump has deported fewer people than his predecessor.

However, “administrative arrests,” as immigration jailings are known, are up under Trump and have been increasing rapidly since the zero-tolerance policy was instituted in mid-April.

The badge of an ICE officer at Otay Mesa immigration detention centre in San Diego, Calif. ‘Administrative arrests,’ as immigration jailings are known, have been increasing rapidly since the zero-tolerance policy was instituted in mid-April. (Lucy Nicholson/Reuters)

There is nothing in U.S. law that requires immigration authorities to jail mothers and children if they are caught trying to enter the country illegally.

But Trump didn’t invent the practice, he inherited it from Barack Obama.

The former president vastly expanded such detentions during a surge of illegal migration in his second term, as people fled violence and poverty in Central America. Obama hoped it would act as a deterrent, but it failed. By the 2014-15 fiscal year, there were 60,000 immigrant kids who’d passed through government-contracted secure facilities.

U.S. courts pushed back against the practice, citing the settlement of previous legal challenges in the 1990s where the government had agreed to detain children only when absolutely necessary, and even then in the “least restrictive setting possible.”

(Texas Republicans responded to one of those court rulings by trying to have the for-profit family detention facilities certified as daycare centres.) 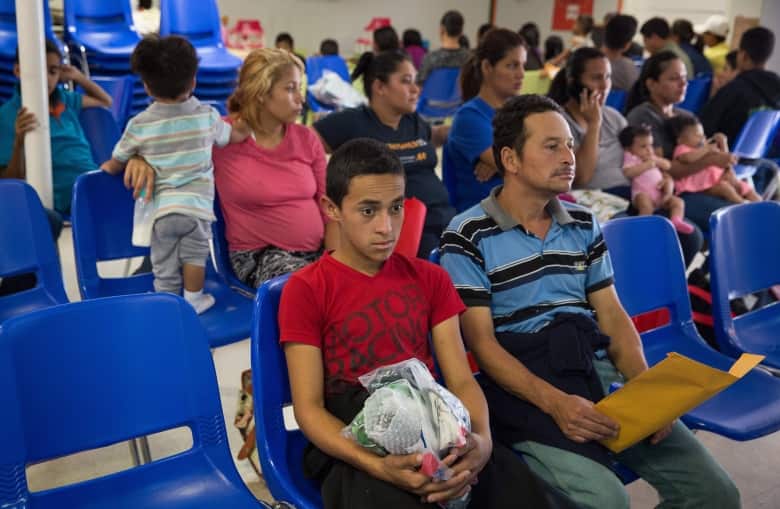 A 16-year-old boy and his father, immigrants from Honduras, wait after being released from detention through the ‘catch and release’ immigration policy at a relief centre on Sunday in McAllen, Texas. They said they were separated for approximately six days while in detention. (Loren Elliott/AFP/Getty Images)

The idea of actually separating parents from their children first surfaced in March 2017. It was then-Homeland Security Secretary John Kelly — now Trump’s chief of staff — who floated the notion as a way to stop to illegal immigration.

“I would do almost anything to deter the people from Central America to getting on this very, very dangerous network that brings them up through Mexico into the United States,” he said during an appearance on CNN.

It doesn’t seem to have worked.

There were more than 50,000 arrests made along the southern U.S. border last month, a slight increase from April, but more than twice the number detained in May 2017. And about 25 per cent of the arrests involved families travelling with children.

The National’s Susan Ormiston, Sylvia Thomson and Jason Burles travelled to Silicon Valley to find out how Facebook moderates the content posted by its users. Thomson, the producer, describes an unsettling incident that took place during the trip to Silicon Valley:

It was an innocuous enough subject line: “Filming at coffee shop?”

Still, the email I received — as reporter Susan Ormiston, cameraman Jason Burles and I left a coffee shop in Palo Alto, Calif. — shocked me. 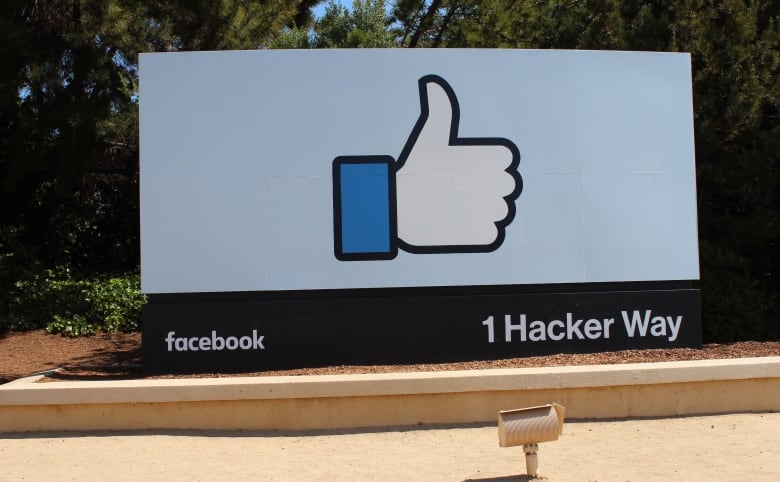 The sign at the entrance of Facebook’s campus in Palo Alto, Calif. (Sylvia Thomson/CBC)

The email came from the public relations woman who had guided us through filming and interviews inside Facebook headquarters in the Menlo Park campus earlier that day.

Somehow she found out that after we left the company’s campus, we did an interview at the coffee shop with a former Facebook contractor.

Did the shop owner, who allowed us to film the interview, surreptitiously contact Facebook? Did the man at the table next to ours overhear the conversation and report back?

And of the approximately 15,000 employees at Menlo Park, how did our goings on immediately get to the one woman who had shepherded us all day?

She wanted to know who we were interviewing and whether it was about skill level and pay. She also wanted to know if she could provide more information to us. And her message arrived just as we were packing up our gear after the interview.

It seemed to be an eerie case of broken telephone. We weren’t doing an interview about skill level and pay — but we were talking to 27-year-old Sarah Katz, an ex-Facebook contractor, about her challenging work as a content moderator. 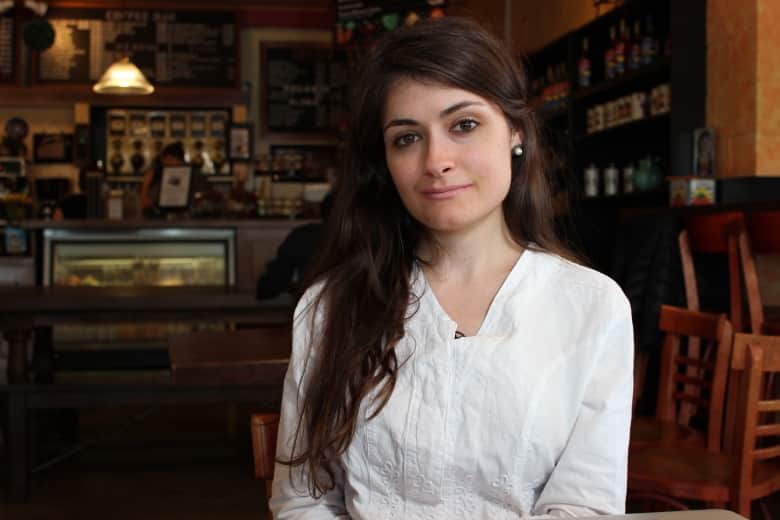 Sarah Katz, a 27-year-old cyber security expert and former ‘spam analyst’ with Facebook in Palo Alto, Calif., says some of the content she reviewed for the platform was ‘disturbing.’ (Sylvia Thomson/CBC)

We had Facebook’s take on how it moderates hate, violence and nudity on its platform, but we also wanted to hear from Katz to get her inside perspective.

In the end, all the Facebook public relations woman would reveal about how she found about our coffee shop interview was this email: “Someone who was there and heard/saw you guys. Small town apparently.”

We came away with an interesting inside look at how Facebook manages content — and a realization that Silicon Valley is, in some ways, a very small place indeed.

– Watch Susan Ormiston’s story of Facebook’s battle to tame its toxic content, tonight on The National on CBC Television and streamed online.

Afghanistan’s weekend of peace has given way to its decades of war.

The first country-wide ceasefire since 2001, in honour of the end of Ramadan and the Eid al-Fitr holiday, saw Taliban fighters descend from the hills and enter the cities starting Friday.

There were giddy scenes of bearded militants embracing government security forces and joining together for feasts, as civilians snapped selfies with the warring factions.

Afghan Taliban militants riding a motorbike on the outskirts of Jalalabad celebrated on Saturday, the second day of Eid. Taliban fighters and Afghan security forces hugged and took selfies with each other in restive eastern Afghanistan during the unprecedented ceasefire in the war-torn country. (Noorullah Shirzada/AFP/Getty Images)

But even before the truce officially expired at midnight Sunday, violence had flared. A pair of suicide bombings in the eastern city of Jalalabad killed at least 54 people and wounded more than 100. (The Islamic State, which has been battling both the Taliban and the Afghan government, has claimed responsibility.)

Soon after, an offer from President Ashraf Ghani to extend the temporary peace by another 10 days was rejected by Taliban leaders. They issued a statement saying they would only sit down for peace talks if the Americans were on the other side of the table, and set the removal of all foreign forces as a precondition.

By this morning, the fighting had resumed in earnest. At least a dozen government police and soldiers were killed in a series of attacks on checkposts and bases across the country, in what the Taliban called a spring offensive. 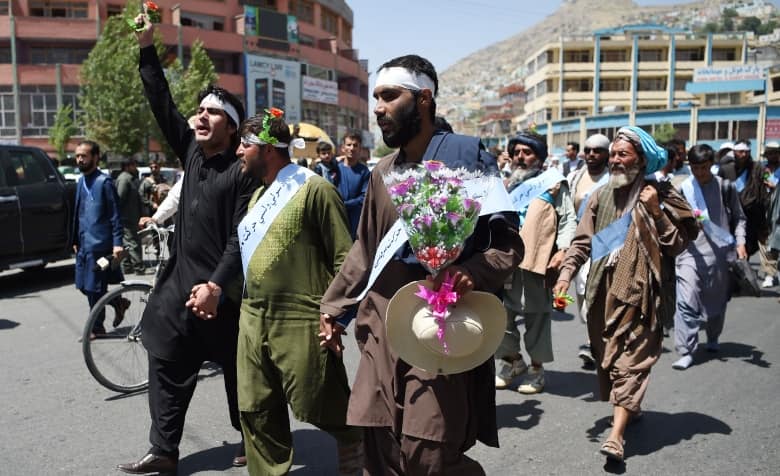 Afghan peace activists marching from Helmand shouted slogans demanding an end to the bloodshed as they arrived in Kabul on Monday. Dozens of peace protesters walked hundreds of kilometres across Afghanistan to protest the ongoing fighting. (Wakil Kohsar/AFP/Getty Images)

There are growing signs, however, that the people of Afghanistan — the primary victims of the violence, with 28,000 killed and 50,000 more wounded since 2009 — have had enough of the endless bloodshed.

Agence France Presse reports that dozens of protesters walked through the streets of the capital shouting “We want peace!” and “Stop fighting!”

The march began in southern Helmand province, a Taliban stronghold, following local protests over a car bomb attack in late March that killed at least 13 spectators at a wrestling match.

Firefighter Mike Pozzo was making dinner when he had a stroke in February. His eight-year-old son Max was nearby and had just learned the signs of stroke five days earlier at school. <a href=”https://twitter.com/hashtag/TheMoment?src=hash&amp;ref_src=twsrc%5Etfw”>#TheMoment</a> <a href=”https://t.co/l7RpUUr8sh”>pic.twitter.com/l7RpUUr8sh</a>

Quote of the moment

“I was complaining about not liking Donald Trump. He said, ‘give Donald Trump a chance.’ I sort of disagreed with that.”

– Thomas Markle, the father of Meghan, the new Duchess of Sussex, tells Britain’s ITV that Prince Harry is surprisingly candid about his political views. 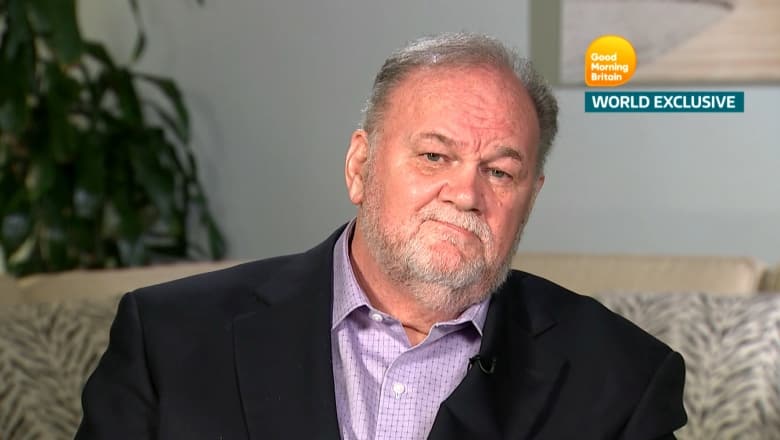 What The National is reading

Just four months after his release from jail, Nelson Mandela, the world’s most famous political prisoner, receives a hero’s welcome in Canada. Still unable to vote, let alone run for office, the leader of the African National Congress asks Canada to keep up its sanctions and pressure on South Africa’s apartheid regime.

Nelson Mandela thanks Canada for its leadership in sanctions, and asks that they continue. 2:24

Sign up here and have The National Today newsletter delivered directly to your inbox Monday to Friday.