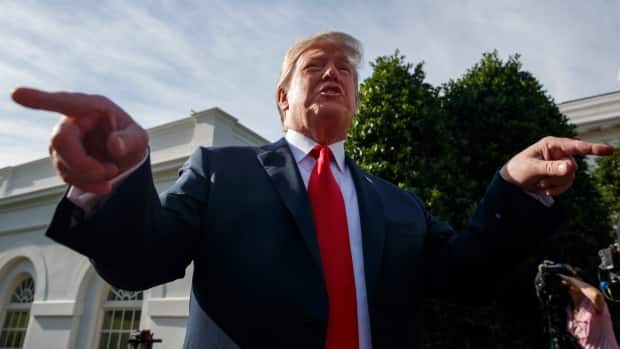 The recent tariff dispute between Canada and U.S. has sparked a renewed call to boycott stores carrying Trump family merchandise.

“I think it was the last straw,” said Sharon Shannon in Abbotsford, B.C., who has pledged to no longer shop at the Hudson’s Bay Company or Winners until they stop selling Ivanka Trump fashions. “The only way we can voice our displeasure is to keep our business away.”

“Whatever the reason, you’re reading this because you want to hit back and hurt Trump in the only place he cares about — his wallet,” Gilmore wrote.

The campaign is similar to one started last year in the U.S. called Grab Your Wallet which compiled a list of stores carrying Trump merchandise to boycott, including the Hudson’s Bay Company.

Gilmore’s list highlights the Bay, plus other retailers prominent in Canada including Winners, Walmart and online giant, Amazon. They mainly carry clothes and/or accessories from Ivanka Trump’s fashion line.

Earlier this year, Ivanka Trump announced in a Facebook post that she would take a leave of absence from her brand. But she still owns the company, profits from it and sports its merchandise. 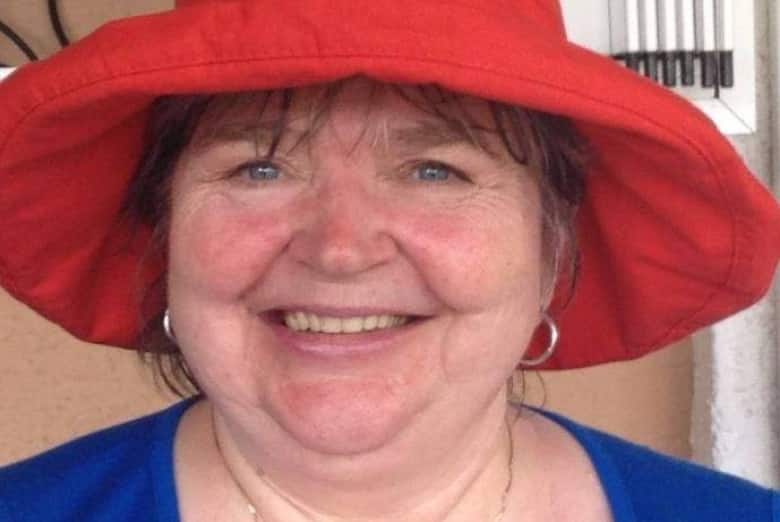 Sharon Shannon in Abbotsford, B.C., says she is boycotting Winners and the Hudson’s Bay Company until they stop carrying Trump merchandise. (submitted by Sharon Shannon)

The Maclean’s list has been widely circulated on social media with many Canadians pledging to take part. The Bay, in particular is being targeted because, even though it is now U.S.-owned, Canadians still see it as part of the country’s fabric.

“It’s just so ingrained in Canada and Canadian values,” said Shannon who recently informed the Bay on Facebook she’s boycotting the department store.

“The fact that you are the iconic Canadian company, I respectfully request that you stop selling any items that will profit the Trump family,” she wrote.

Tariffs cited as reason for boycott

Shannon told CBC News she feels the boycott is the only way she, as a Canadian, can voice her concerns about Trump’s divisive policies — including the recent tariffs and his administration’s decision to separate immigrant parents from their children on the U.S.-Mexico border.

“It’s my only way of protesting.”

Ryan Coffey in Nanaimo, B.C., has also targeted the Bay by emailing the retailer, saying he will boycott the department store until it publicly announces it will no longer carry Trump products.

He disagrees with many of Trump’s policies, including the recent tariffs which he deems a personal attack on Canada. “It feels a little different because it’s actually toward us.”

Coffey says his decision to join the boycott was “the natural next step.”

Hudson’s Bay gave no direct indication if it would drop Ivanka Trump products in an email to CBC News on Monday. “We respect our customers’ right to choose the brands that work for them. In turn, our customers’ choices inform our decisions on which merchandise we offer,” said spokesperson Tiffany Bourré via email.

Walmart, Winners and Amazon didn’t respond to a request for comment.

In response to Coffey’s email, the Bay told him: “We are sorry to hear that you are disappointed with the decision to carry this [Trump] brand.” It also said it would take his concerns into consideration. 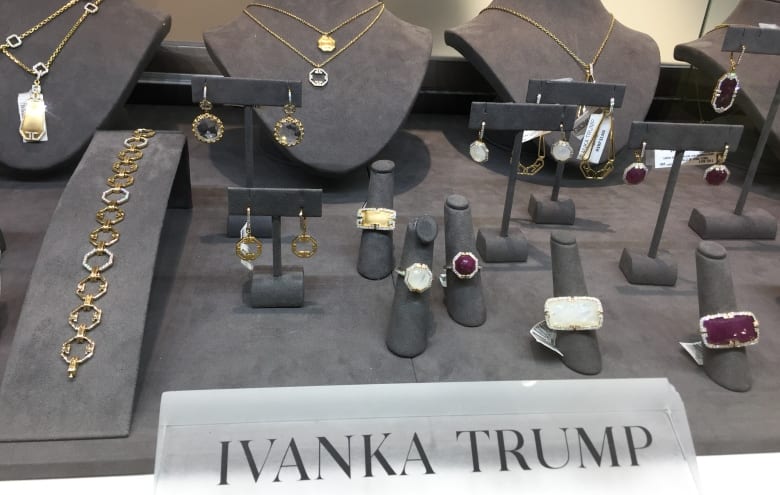 So will the latest boycott have any effect? Last year, at the height of the Grab Your Wallet campaign, Ivanka Trump goods began disappearing from some stores, including Nordstrom, which announced it wouldn’t be selling any new merchandise. Neiman Marcus and Burlington Coat Factory stopped selling her fashions online.

According to the Washington Post, Donald Trump products aren’t faring so well, either. It recently reported that, over the past three years, the number of companies paying to produce or distribute Trump-branded merchandise declined from 19 to two.

Trump products falling out of fashion

However, marketing expert Marvin Ryder doesn’t believe the decline of Trump goods has anything to do with boycotts. Instead, he says they’re simply falling out of fashion.

“You might think now that Donald Trump is president, doesn’t everyone want to dress like Ivanka, and the answer is, ‘No.'” said Ryder, a business professor at McMaster University in Hamilton.

“There’s no point boycotting Trump merchandise because it’s self-destructing. It’s not going to be here very much longer.”

CBC News scoped out the Bay’s flagship store in downtown Toronto and discovered that, compared to last year, Ivanka Trump’s jewelry was no longer prominently displayed and wall signage advertising her clothing had disappeared. It also appeared that the amount of her clothing for sale had been greatly pared down. 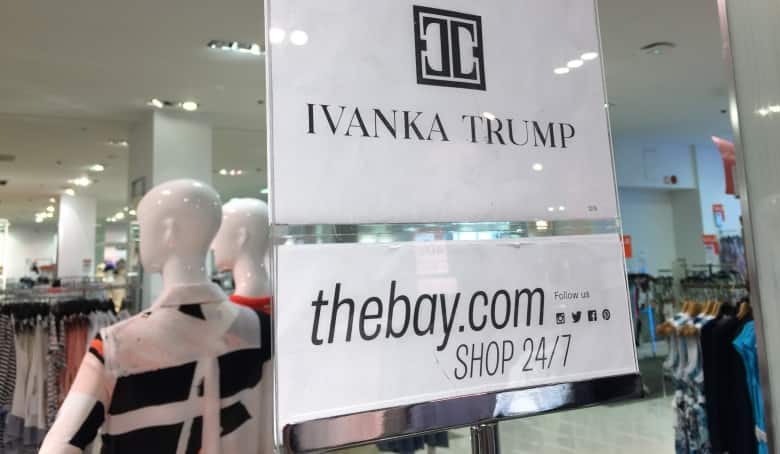 “If you want to buy it, the store’s going to sell it.”