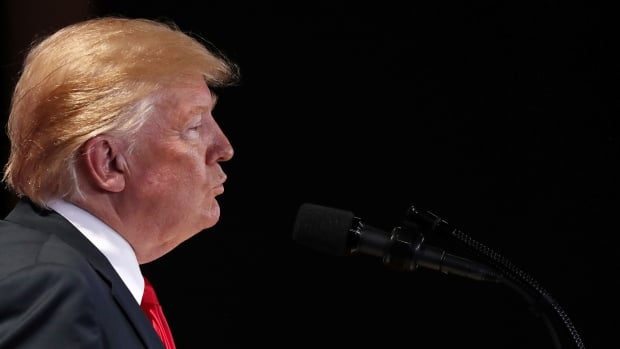 Donald Trump’s weapon of choice in the trade standoff between Canada and the U.S. has, up to this point, been tariffs. The president has most recently put the crosshairs on vehicles, and should Canada be slapped with more tariffs, workers and consumers could be the biggest losers.

Last week, as he was en route to Singapore from the G7 summit, Trump threatened to impose tariffs of 25 per cent on Canadian cars. It was part of his pushback against Prime Minister Justin Trudeau’s assertion that Canada wouldn’t be “pushed around.”

Those threats have yet to materialize into formal duties on cars, but this week Republican Congressman Kevin Cramer warned Canada that the president isn’t playing around and Canada should brace itself for auto tariffs.

The U.S. introduced tariffs on Canadian steel and aluminum at the beginning of June after an amnesty period tied to the NAFTA talks expired. Canada is preparing to impose dollar-for-dollar tariffs on July 1 in retaliation.

Autos have been a sticking point for the trade deal negotiations, with the U.S. asking for new directives on rules of origin, and quotas for American content in vehicles.

​Duties imposed by the U.S. may be intended to force Canadian trade negotiators to step on the gas pedal to move NAFTA negotiations forward, but experts say the tariffs would cause more long-term damage.​

Large tariffs on Canadian cars would increase prices, he explained. That, in turn, would cause market demand to drop as people struggle to afford new vehicles. Manufacturers would have to cut costs and jobs would begin to evaporate.

Tariffs on cars would “destroy the Canadian auto industry,” Keith Head, a trade economist specializing in the auto sector, said on Sunday.

Analysis done at the University of British Columbia showed failure to sign a new NAFTA would cause a 30 to 40 per cent decline in the car industry in Canada — not including any tariffs on top.

Around 80 per cent of cars made in Canada are exported, with the majority flowing across the southern border. With U.S. customers providing the main market for Canadian cars, he attributed the president’s move as an attempt to “ratchet up the pain” to push negotiators back to the table for NAFTA.

In the global market, car production has been streamlined, so many cars are manufactured exclusively in one country, then exported. If tariffs limit access to supplies of certain vehicles, the entire industry could be thrown into flux as certain cars surge in price or go missing from the market.

The majority of cars produced in Canada, including vehicles by Chrysler, Ford, General Motors, Honda and Toyota, are manufactured in Ontario — however, many of the parts used to build the vehicles are made in the U.S.

Head said jobs would likely shift to plants in the U.S., leaving thousands in Canada out of work.

“The Canadian worker would be the biggest loser.”

Canada’s vehicle manufacturing industry employs about 125,000 people, according to Statistics Canada. About 70 per cent of those jobs are in automotive parts manufacturing. 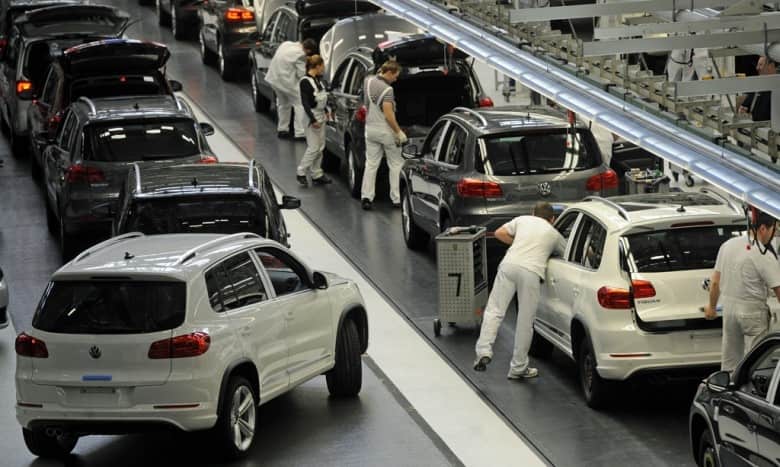 The vast majority of cars produced in Canada are exported to the United States.

“It impacts the price of the vehicles substantially,” Anil Goyal, the U.S. executive vice-president of operations at Black Book, said.

Goyal explained the price would increase for both Canadian and U.S. car buyers, as tariffs upset the steady flow of supply and demand.

“That has an impact on the whole industry overall and the economy as well.”

“That whole apple cart kind of gets upset,” Goyal agreed.

If tariffs come in at around five per cent, it could be manageable, Murphy said.

“It’s just such a big number,” he said. “The vast majority of that is going to have to get passed along [to consumers].”

While new cars will be hardest hit, “unusual things” will happen with used cars as well, Murphy predicted.

Black Book Canada’s analysis shows up to 350,000 used cars initially sold here are moved across the border to be bought by U.S. customers each year.

“Vehicles that were passing the border tariff-free … if all of a sudden there’s a tariff on those used vehicles, the shipment of those will stop,” he said.

That would cause used car prices in Canada to drop because the market is oversaturated, but the long-term effects would actually result in Canadians buying up those used cars because new vehicles would have become too expensive.

While some White House officials are brushing the tariffs off as a small dispute between two countries so interconnected they may as well be family, the Canadian auto sector is starting to sweat.

“Nobody wins in a trade war,” Adams said, adding he hopes negotiators will return to the NAFTA table quickly.

“Closely monitoring is all you can do at this point.”

Over the past five years, Canada’s automotive industry has enjoyed steady growth, with about 2.4 million vehicles produced every year. The U.S. imports more than five million vehicles each year, because their demand is higher than domestic manufacturing can meet.

That has been the norm, but it’s hard to predict the market shifts going forward.

Thanks to the U.S. president, “the point that the teeter-totter rocks on is moving back and forth,” Murphy said.

Goods and services between the U.S. and Canada totalled $674 billion US last year, with vehicles being among the top imports and exports between the two nations, according to data from the United States government.

A combined $107 billion worth of vehicles are traded across the border each year.