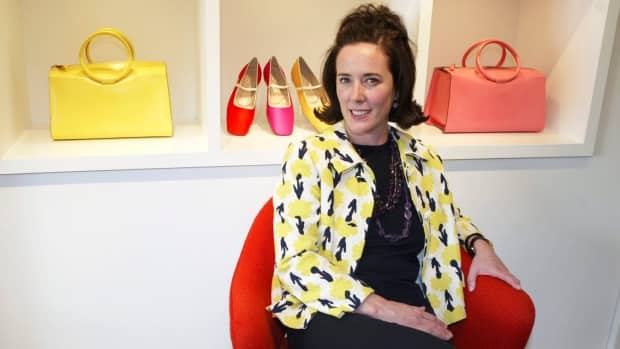 The father of fashion designer Kate Spade died on the eve of her funeral, according to a statement released by her family shortly before her service began Thursday in her hometown of Kansas City.

The family said 89-year-old Earl Brosnahan Jr. had been in ill health before dying Wednesday night at his home. The statement said he was “heartbroken over the recent death of his beloved daughter.”

Kate Spade was found dead by suicide in her New York City home on June 5. She was 55 and had a 13-year-old daughter.

Mourners flocked to a Kansas City church shortly before her funeral, many carrying her iconic purses.

Spade was working as an accessories editor at Mademoiselle magazine when she launched her company with her husband Andy Spade in 1993.

Andy Spade said earlier this month that his wife had long suffered from depression and anxiety, but that she had been seeing a doctor regularly and was taking medication.

He said he and his wife had been living separately in the 10 months before her death but saw each other or spoke every day. He said they were not legally separated and never discussed divorce.

In lieu of flowers, the family has asked for donations to the American Society for the Prevention of Cruelty to Animals or a Kansas City animal shelter.