ELON MUSK has agreed to resign as chairman of Tesla and to pay a $20m fine in order to settle charges of securities fraud.

The settlement, reached on Saturday, comes after Musk initially rejected the charges, claiming they were “unjustified”. However, if found guilty, Musk stood to lose a lot more than $20m and could have been ousted as CEO of the company.

The charges come after Musk claimed in August via a series of tweets that he was planning to take the electric car maker private, and implied that such a move was imminent with “funding secured”. Musk later backtracked, claiming that the process of taking the company private would be too time-consuming. It was also revealed that funding was far from secured.

At the same time, Tesla has also settled new charges of “failing to have required disclosure controls and procedures relating to Musk’s tweets”, and will also pay a penalty of $20m.

In a statement, the SEC added that the settlements are subject to court approval and that they would also require comprehensive corporate governance and other reforms at Tesla. In addition to appointing an independent chairman, Musk will be ineligible to be re-elected as chairman for three years.

“The total package of remedies and relief announced today are specifically designed to address the misconduct at issue by strengthening Tesla’s corporate governance and oversight in order to protect investors,” said Stephanie Avakian, co-director of the SEC’s Enforcement Division.

Musk’s “funding secured” tweets were made on 7 August, and claimed that he was planning to take the company private at a price of $420 per share – a premium of just over 20 per cent of the company’s stock price (which has since nose-dived) at the time. His tweets implied that the only remaining barrier to the privatisation would be a shareholder vote.

“The SEC’s complaint alleged that, in truth, Musk knew that the potential transaction was uncertain and subject to numerous contingencies. Musk had not discussed specific deal terms, including price, with any potential financing partners, and his statements about the possible transaction lacked an adequate basis in fact,” the SEC claims.

In the immediate aftermath of the “funding secured” tweet, Tesla stock rose by six per cent. The SEC claims that Musk’s actions caused “significant market disruption”.

Furthermore, it adds: “Despite notifying the market in 2013 that it intended to use Musk’s Twitter account as a means of announcing material information about Tesla and encouraging investors to review Musk’s tweets, Tesla had no disclosure controls or procedures in place to determine whether Musk’s tweets contained information required to be disclosed in Tesla’s SEC filings. Nor did it have sufficient processes in place to that Musk’s tweets were accurate or complete.”

As such, the company was also implicated in Musk’s actions.

The settlement with the SEC won’t be the end of the matter, though, as Musk is also facing a series of class action lawsuits relating to the tweets. In addition, he will also have to defend a defamation action for describing the British pot-holer who was instrumental in the rescue of a Thai boys football team from a cave as a “paedo”. µ 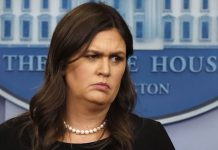