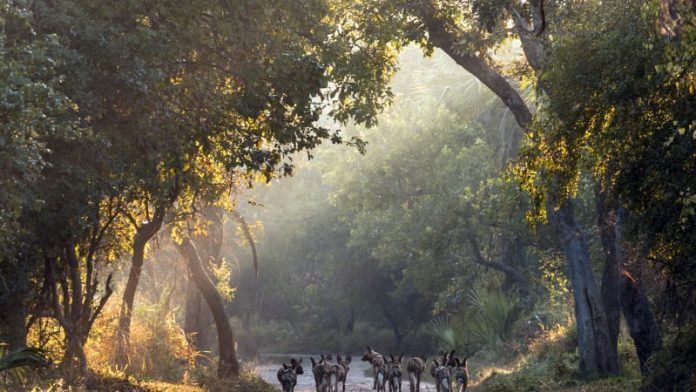 There are just 14 of them, far fewer than those that roamed Mozambique’s Gorongosa National Park before the nearly two-decade civil war that started in the 1970s. As up to a million people lost their lives to violence and famine, much of the park’s wildlife also was wiped out – including the wild dogs, an endangered species vulnerable to snares and disease.

Now they have been re-introduced to Gorongosa, carnivores unleashed on plant eaters as part of an intricate conservation project that aims to restore a diverse ecosystem at the southern end of Africa’s Great Rift Valley.