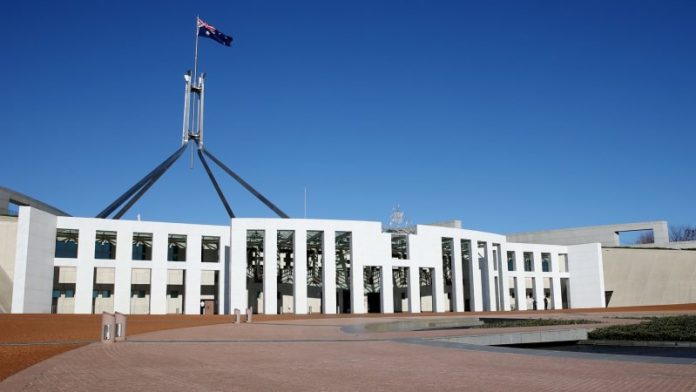 The goal is to protect Australia’s official political discussion from being manipulated by such weaponised narratives.

There is a geopolitical dimension to these narratives as well. In a networked world, they can be promoted by authoritarian nations such as Russia and China to intrude or skew legitimate debate in democracies.

Think of the dozens of false narratives promoted around the Skripal poisoning or the downing of MH17. Casting genuine concern for foreign interference as Australian “racism” by Chinese state-backed media is another example of a domestic argument influenced by a foreign power.

Rather than seeking to rebut or block content, the goal is to expose weaponised narratives to shield parliamentary debate from their damaging effect. The aim is to ensure debate reflects the true, organic views of citizens and politicians, the paper says.

The need for the added level of scrutiny in public debate comes from the role of reliable information in democracies.

Liberal democracies, such as Australia’s, require a level of reasonable political discussion in order to function.

An information diet of constant spectacle and emotion can disrupt the normal functioning of democracy, as can be seen in the US with the presidency of Donald Trump.

To confront the challenge of rising authoritarianism the paper also suggests non-partisan lessons on the role, function and primacy of democratic government should be promoted to the public and reintegrated into curricula.

At the heart of such an effort is the recognition that Australia – and any genuine democracy – has a right to sensible political discussion in our new information environment. This is particularly true as the internet links Australia with such authoritarian nations as Russia and China on the same shared network, where the use of propaganda is a central role of those governments.

The ability to ensure the integrity of a democracy’s domestic debate is essential, particularly as on social media, news is shared virally, giving propagandists more scope to craft messages aimed for audiences in open democracies.

This has created an unanticipated struggle on the internet which, in earlier times was assumed to have a democratising effect on the world.

Chris Zappone is an Age editor and a  fellow at the Futures Council of the ANU’s National Security College.