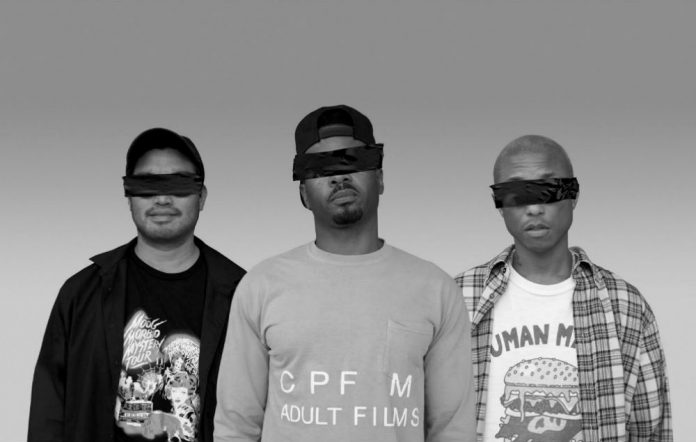 It’s the first new material from the trio since they contributed to the ‘SpongeBob Movie: Sponge Out of Water’ soundtrack in 2014

N.E.R.D have shared the video for their comeback single ‘Lemon’, which features Rihanna – check out the new visuals below.

The three-piece – Pharrell Williams, Chad Hugo and Shay Haley – last released an album back in 2010 with their fourth LP ‘Nothing’. Aside from contributing to the soundtrack to the 2014 film The SpongeBob Movie: Sponge Out of Water, the band have largely been inactive – with Pharrell in particular focusing on solo pursuits.

N.E.R.D have announced their return to action today (November 1) with the Rihanna-featuring ‘Lemon’. The track premiered on Beats 1 this afternoon – see the official artwork for ‘Lemon’ below.

The video for ‘Lemon’ has also dropped – check that out below.

‘Lemon’ is available to download, stream and buy now.

Adverts for N.E.R.D’s return had been posted around Tyler, the Creator‘s Camp Flog Gnaw festival, which took place last weekend. The posters displayed the message “No_One Ever Really Dies”, and the same artwork could be found across the band’s website and social media pages. See images from the festival below.

Pharrell first hinted that N.E.R.D were set to return back in September 2015, when he confirmed that work on a new album – which has yet to be announced – had begun.