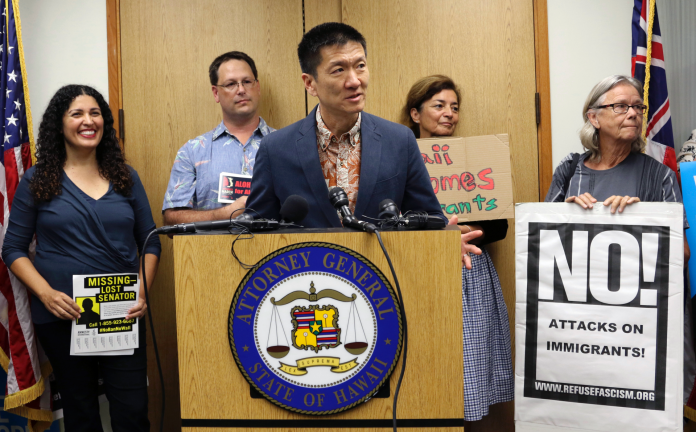 HONOLULU –  The Latest on a judge in Hawaii blocking the latest version of President Donald Trump’s travel ban (all times local):

Hawaii’s attorney general says the state is ready to defend against what he calls a discriminatory travel ban by the Trump administration.

READ  Catalonia's push for independence from Spain: What to know (Report)

Douglas Chin is responding to a U.S. judge’s ruling Tuesday that blocks the federal government from enforcing the policy.

Chin has been challenging President Donald Trump’s travel bans since February. The state says the updated ban is a continuation of Trump’s “promise to exclude Muslims from the United States.”

He says it’s the third time Hawaii has gone to court to stop Trump from enforcing a ban that discriminates against people based on their nation of origin or religion.