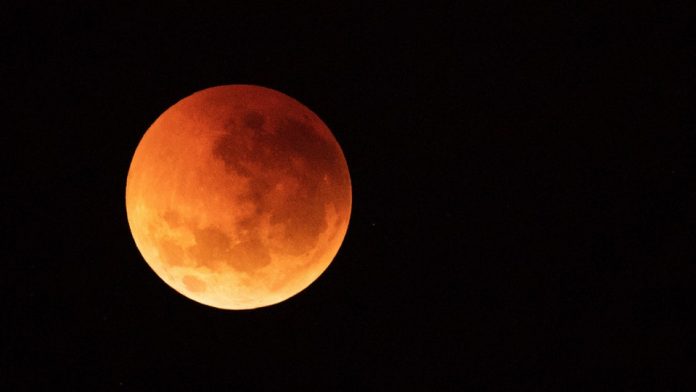 We are a little over a week away from a breathtaking out-of-this-world occurrence. The rare Super Blood Wolf Moon will make an appearance over the Western Hemisphere on the evening of January 20. Excitedly that means Florida should have a pretty brilliant view – as long as the sky is clear.

A Super Blood Moon gets its name because the Moon becomes abnormally close to the Earth, eclipsing a vibrant crimson shadow, while the term “Wolf Moon” comes from Native American and Anglo-Saxon origins.

With last January’s Super Blood Moon, unarguably we have been pretty lucky with our chances to witness a lunar eclipse. There will be 87 lunar eclipses in the 21st century, 28 of which will be supermoons. That doesn’t mean you want to miss this one though because if you do you won’t have the opportunity to see another until May of 2021.

Florida weather isn’t known for being the most cooperative especially whenever we want it to be, and currently, the 10-day forecast is predicting the 20th’s weather with showers in sight. Of course, we are still over a week away and this forecast is subject to change.

Assuming all goes well, you will be able to see the eclipse beginning at 10:30pm EST. The Moon will start turning red just over an hour later at 11:41om EST, and it will peak at 12:16am EST, lasting only a short while later until 12:43am before slowly drifting away.

If the weather does happen to suck all hope is not lost. There will be several live streams you can choose from to watch the action going down from the comfort and warmth of indoors. Time and Date is one of the websites that will be live streaming the eclipse.