A team of archaeologists led by Griffith University has discovered a cave painting in Indonesia that is at least 44,000 years old and which portrays a group of part-human, part-animal figures – ‘therianthropes’ – hunting large mammals with spears or ropes, casting new light on the origin of modern human cognition.

As reported in Nature, this ancient painting from Sulawesi is our species’ oldest known rock art.

The figurative depiction of hunters as therianthropes may also be the oldest evidence for our ability to imagine the existence of supernatural beings, a cornerstone of religious experience.

Discovered in 2017, the new rock art site named Leang Bulu’ Sipong 4 is one of hundreds in the Maros-Pangkep limestone karst region of South Sulawesi.

In 2014, the same group of investigators announced that a limestone cave in Maros-Pangkep harbours one of the world’s oldest rock art motifs, a sprayed red outline of a human hand (a ‘hand stencil’) created at least 40,000 years ago.

As with this prior research, the present team measured the radioactive decay of uranium and other elements within mineral growths (‘cave popcorn’) that had formed on the cave painting at Leang Bulu’ Sipong 4, providing minimum ages ranging from 35,100 to 43,900 years ago for the underlying art.

The dating work was carried out at the University of Queensland’s Radiogenic Isotope Facility as part of a joint geochronology enterprise with Griffith.

“The hunters represented in the ancient rock art panel at Leang Bulu’ Sipong 4 are simple figures with human-like bodies, but they have been depicted with heads or other body parts like those from birds, reptiles, and other faunal species endemic to Sulawesi”, said Oktaviana, who has also studied rock art in Borneo, Sumatra, Raja Ampat, and Misool.

These therianthropes – human figures with animal characteristics – are portrayed in the act of killing or capturing six fleeing mammals, two Sulawesi warty pigs and four dwarf buffaloes known as anoas. The latter are small but fierce bovids that still inhabit the island’s dwindling forests.

Remarkably, some figures appear to be using long ropes to capture these dangerous animals.

This is the first time such a detailed visual narrative or ‘story’ has been identified at such an early period in the vast record of prehistoric cave art worldwide. The received wisdom is that humanity’s first rock art appeared in Europe and consisted of abstract symbols.

By 35,000 years ago, this simple art form had supposedly evolved into a more sophisticated artistic culture characterised by sublime figurative paintings of horses and other animals. It was also thought that innovative concepts of artistic representation such as compositions with multiple interacting subjects (scenes), and the depiction of imaginary entities like therianthropes, were very uncommon until about 20,000 years ago.

“The cave painting from Leang Bulu’ Sipong 4 suggests that there was no gradual evolution of Palaeolithic art from simple to complex around 35,000 years ago – at least not in Southeast Asia,” Professor Aubert said.

“All of the major components of a highly advanced artistic culture were present in Sulawesi by 44,000 years ago, including figurative art, scenes, and therianthropes.”

The archaeology team suggested that together with their discovery of a figurative painting of a wild bovid dating to at least 40,000 years ago in Kalimantan on the island of Borneo published last year, Indonesia is one of the most important places on earth for understanding the beginnings of cave art and the evolution of modern human thinking.

“The images of therianthropes at Leang Bulu’ Sipong 4 may also represent the earliest evidence for our capacity to conceive of things that do not exist in the natural world, a basic concept that underpins modern religion,” Associate Professor Brumm said.

“Therianthropes occur in the folklore or narrative fiction of almost every modern society and they are perceived as gods, spirits, or ancestral beings in many religions worldwide. Sulawesi is now home to the oldest image of this kind – earlier even than the ‘Lion-man’ from Germany, a figurine of a lion-headed human, which, at 40,000 years old, was until now the oldest depiction of a therianthrope.

“Early Indonesians were creating art that may have expressed spiritual thinking about the special bond between humans and animals long before the first art was made in Europe, where it has often been assumed the roots of modern religious culture can be traced.”

Oktaviana said his rock art surveys in Maros-Pangkep with Brumm and Aubert have uncovered many new cave sites with spectacular figurative paintings that still await dating, but he has also observed the alarming deterioration of this art at almost every location – including Leang Bulu’ Sipong 4.

Monitoring by BPCB confirms that the cave wall surfaces on which the paintings were made are peeling off at an astonishing rate, erasing the art,” Oktaviana said.

“The early rock art of Sulawesi may contribute invaluable insight into the rise of human spirituality and the spread of artistic beliefs and practices that shaped our modern minds.

“It would be a tragedy if these exceptionally old artworks should disappear in our own lifetime, but it is happening. We need to understand why this globally significant rock art is deteriorating – now.” 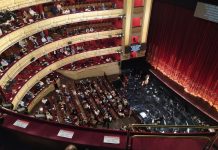 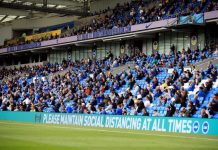 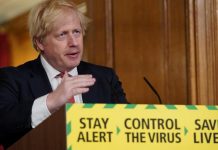 Boris Johnson’s House of Commons statement on COVID-19: How can I watch it live?