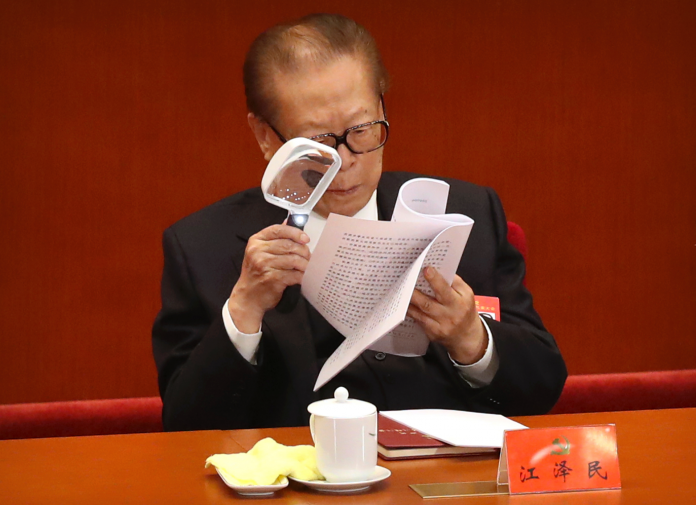 BEIJING –  Chinese President Xi Jinping was at the podium giving a three-and-a-half hour speech to outline his grand vision for a “new era” of China. But for young Chinese cracking jokes on social media, all eyes were on their 91-year-old cult favorite struggling to stay awake in the front row.

China’s internet flared up again on Wednesday with largely affectionate jokes about Jiang, the long-retired party leader who has stuck around and haunted Chinese politics despite perennial rumors of his demise. Some users noted how Jiang looked “younger and younger” as he emerged for Xi’s speech in Beijing’s Great Hall of the People.

Jiang came to power in 1989 after the military’s bloody crackdown on pro-democracy protesters at Tiananmen Square in Beijing. He’s known for overseeing a four-fold expansion of the economy in the 1990s while reining-in civil liberties, including imposing a crackdown on followers of the Falun Gong, an outlawed spiritual movement.