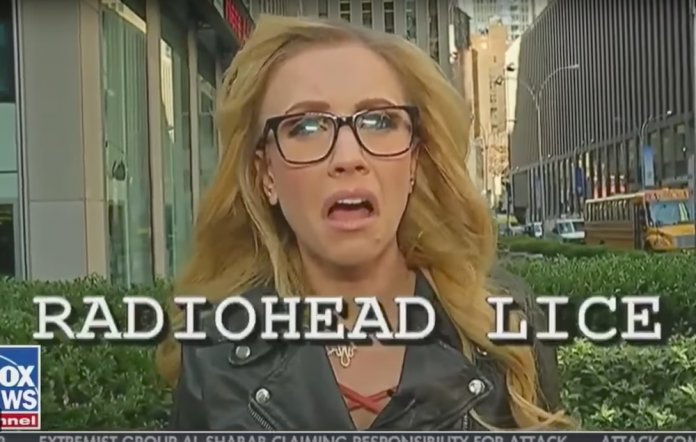 Fox News has continued its war of words with Radiohead, comparing the band to head lice and with host Greg Gutfeld saying that he wants to ban the group’s music from public places.

The beef between Fox News and Radiohead dates back to earlier this month when comedian Kat Timpf appeared on Gutfeld’s talk show and labelled Radiohead’s music as “just elaborate moaning and whining over ringtone sounds”, describing the band’s fanbase as “strange, malnourished and sad”. Radiohead guitarist Jonny Greenwood later responded to Timpf’s criticism, changing his Twitter bio to read: “my life in the gush of boasts……….’strange, malnourished and sad’ (fox news – *spits three times*)”.

Gutfeld then chimed in during a later episode, describing Radiohead as a “poor man’s Coldplay” and saying that they “stole everything” from Chris Martin’s band. Coldplay themselves later responded by joking on Twitter: “Finally somebody had the balls to say it!”.

‘Water’ was revealed in 2014 when the orchestra went on tour – it was premiered on the Dublin leg of their tour in October 2014, followed by dates in the UK and Australia. At the time, it was said there were no plans to release the track. ‘Water’ will now be released on November 10.